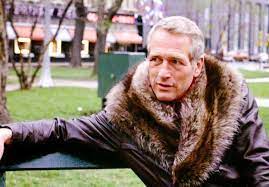 Yes, TV and I are on the outs.

For something that offers so much, it gives so little. Bruce Springsteen in 1992 wrote “57 Channels and Nothin’ On,” to lament the state of TV.

Today things have gotten both better and worse. Today we have 1,000 channels with either nothing on or with something on we’re unable to locate — like one of the three migratory remotes needed to access Channel 2.

Worse, it’s the interminable time we waste standing absolutely immobile in a staring contest with the screen as one channel or another scrolls our lives away before it decides to act.

It’s so bad I’m thinking of jogging in place with the remote in my hand so I can build up my couch potato appetite for the Fritos and dip I enjoy if the TV can ever begin to screen the old Jack Lord “”Hawaii Five-O” episodes I construct my day around.

I mention all this to highlight the serendipitous joy I felt when the TV by complete accident stuck viewer gold.

I wonder in hindsight if there’s a channel called “Net” which streams programs about things like basketball hoops and commercial fishing.

Anyway, Flix pops up and lo-and-behold, Flix is right in the middle of one of the greatest guy movies ever made.

And, hallelujah, it was the scene prior to one of my favorite scenes, the one were Coach Dunlap (the peerless Paul Newman) picks up the Hanson Brothers at the depot and profanely discovers they brought their toys with them.

Here’s the 2:50 clip. It’s okay. You can depart the blog to watch it. I understand guys. Hell, I’ll watch it with you.

There! It’s funny the first time and it’s still funny the 500th time.

My viewing was enhanced by the appearance of my wife. She’s a cinematic sort of anthropologist eager to divine why men like me like movies like “Slap Shot.” Deeper still, she seeks to figure out what Newman, an actor she admires, is doing in a movie so juvenile.

“Was he at a low point in his career and just needed the work?” she asked. It’s like she thinks Newman’s only in the film because he lost a bet.

In fact, Newman was just a couple years off from Oscar nominations for landmark movies like “The Sting” and “Butch Cassidy & The Sundance Kid.” It was the mid-1975. He could have had his pick of movies.

And he picked “Slap Shot!”

• Gregory Peck — “The Guns of Navarone” (1961); This is a great gung-ho WWII movie and this scene where Peck berates candy-ass David Niven always sends chills up my spine

• Henry Fonda — “On Golden Pond” (1981), I love the scene where his prospective son-in-law asks if he can sleep with his daughter. Fonda’s deadpan crackles throughout the scene. It’s Dabney Doleman’s best scene, too.

• Robert Duval — “Lonesome Dove” (1989), I contend Larry McMurtry’s Augustus McCrae is the most compelling character in American literature and no one could play him like Duval. I love the scene where he cheats at cards to get a free poke, but the hanging of Jake Spoon is indelible. Trivia: McMurtry claimed he grew up in a part of Texas so desolate his phone number was 10.

• Robert Redford — “The Natural” (1984); Redford is at his best, I think, in “The Sting,” but I never miss a spring training viewing of “The Natural.” I wish baseball could recapture the emotions of this movie and I wish Roy Hobbs played for the Pirates.