December Tweets of (most of) the Month 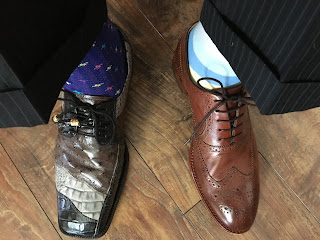 • Remember: Just cause this year's been one of the worst ever can't stop this Christmas from being one of the best ever. Of course, it may require a lot more liquor than usual …

• How can conspiracy minded-people attribute the most dastardly, diabolical and cunning motives and acts to the very same people they deride on Facebook as being utterly inept at doing things like plowing roads?

• Enlightened man wrestled with existential question: "To be or not to be?" Pandemic man's question is more elemental: "Pick-up or delivery?" That is the question …

• Some Covid vaccine must be preserved at minus-90 degree Fahrenheit. I stepped outside this morning and thought, "Yep, we're just about there …"

• What if one of the unforeseen vax side effects turns out to be that recipients become more empathetic, tolerant & appreciative of their fellow man? How many would refuse on grounds they prefer being miserable bastards?

• The assumption may be based on a flawed premise, but I have to believe if Moses had had to deal with fan selfie demands today we'd only be concerned with The Five Commandments.

• Given the geometric considerations of the circular dwellings, I marvel at how Eskimos during tough times ever make ends meet. How is it possible to cut corners when you live in an igloo?

• Because I'm convinced humanity is in a downward spiral of accelerating madness, I predict in 18 months startled doctors will reveal that 40 percent of males who've taken the Pfizer vaccine have inexplicably become pregnant.

• Anytime anyone asks you for an idea for the perfect stocking stuffer, suggest feet.

• I’d like to see a show with an appreciation for literal wording ends the season with a cliffhanger where a character named Cliff ascends the gallows and gets placed in a noose.

• How can conspiracy devotees attribute the most dastardly, diabolical and cunning motives and acts to the very same people they mock on Facebook as being utterly inept at doing things like plowing snow-covered roads?

• In striving to be all inclusive and non-confrontational during the War on Christmas I will henceforth wish people a Happy ALLidays. I want people of ALL beliefs to enjoy ALL holidays. Soo ... Happy ALLidays!