I'm told I exude calmness; is it Parkinson's? 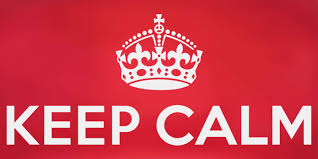 It was a startling sort of compliment about a man who appeared hard to startle.

That man was me.

We were having basement party cocktails with two other couples when a 40-ish woman I’d just met said I exuded calmness. Her smile made it clear she meant it as a compliment.

Of course, she did. We all seek reassuring calmness during these tumultuous times. The Weather Channel forecasts the floods and fires, while their cable counterparts forecast nothing but shit shows through 2021.

True calm is as elusive as mercury on marble.

My book is coming out this week and I’m fearful it won’t do as well as my last two books. My last book had a smiling Mr. Rogers on the cover and it did very well. Fred Rogers is a globally recognized and universally beloved icon.

The book before that had a picture of Arnold Palmer on the cover and it did very well. Palmer is a globally recognized and universally beloved icon.

This book has a frowning picture of me on the cover appearing to be on the lookout for a bus that will never arrive. I’m a cheerful nobody grudgingly tolerated by about one-third of the people who frequent the Tin Lizzy.

But her comment required a reply. I calmly evaluated the honest answers to what I’m calling the “I may look calm on the outside, but inside …” game.

• “… I’m all talked out!” — Buck, my friend/landlord/inebriator/fellow philosopher, says life would be more bearable if when we were born we were each given, say, 500,000 words to use throughout our entire lives. People would be much more circumspect about wasting words on idle chat. Me, I’m closing in on 500,000 but it’s more that I don’t feel the need to yap as much as I once did. We’re in the midst of a Cat 5 word storm and I simply don’t feel obliged to contribute.

Comey Cohen Cuomo SNL RBG Stormy Daniels NOT FOR ME!

WE DIDN’T START THE CALIFORNIA FIRES!

• “… I’m no longer graceful!” — It’s been two months since I tumbled on the way home from the bar (don’t judge me) and my foot has yet to heal. So sometimes when I appear calm, I’m really trying to game plan how to get to the bathroom without clumsying into the snack table. I know it’s beneficial to stay off it — and I try. But telling a two-legged man to give up walking is like telling a fish to stop swimming. So along I limp.

I could have said any of those things. But no. Here’s what I said:

“Now that you mention it, I am feeling rather serene.

“It’s either that or it’s another symptom of my Parkinson’s. I hear some people deal with a condition known as ‘frozen face.’ It’s when the muscles in the face refuse to react to expressive reflexes. I’ll be seeing my neurologist soon so I’ll ask her about it. You could be mistaking that for inner peace But that’s just Parkinson’s.

“Anyhoo. What were we talking about?”

No one made a sound. Every face had gone blank. They were completely immobilized.

Talk of my frozen face had iced theirs.

So I felt bad. My killjoy supposition’d bummed out the party.

Not broken, but … My foot injury

Email ThisBlogThis!Share to TwitterShare to FacebookShare to Pinterest
Labels: Parkinson's