A mishmash of catch-up items 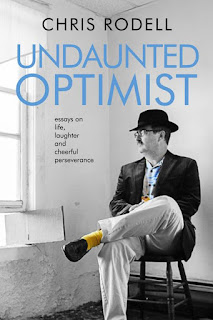 I let an important “professional” anniversary pass without comment the week before last. June 30 marked the 28th year since I walked out on the last job I’ll likely ever have. Thus, I’ve only had three jobs since I began sprouting chest hairs — and one of them was at the Pizza Hut. I quit working for the man because I was convinced I had a bright and lucrative future as an author/freelance writer/bon vivant.

A bon vivant is someone who enjoys a sociable and luxurious life.

So I guess I’m one out of three.

• I remember coming home in those early years and Val would ask how my day went, if I’d achieved anything productive. “I won’t know for six months.” I I was lying. Twenty-eight years later and I still don’t know.

• I am an incorrigible smart ass

• This is my first blog post since June 15 when I wrote about being a white guy and getting out of a traffic citation. I apologize for not blogging more frequently as of late. And why I feel compelled to apologize for not doing something that pays squat is something I can’t explain.

• As of late I was busy putting together this video about how my new book got its new title. The book is a collection of essays taken mostly from this deadbeat blog. I wanted to call the book, “A New York Times Best Seller (by a small town BSer).” ’twas a tantrum of a title by yet another writer who’ll do anything for attention.

• So the new book is called, “Undaunted Optimist: Essays on Life, Laughter & Cheerful Perseverance.” How do I think it’s going to do? I’m, duh, optimistic it’ll do well, but fearful I won’t really know for 28 years. My publisher is encouraging me to stack up pre-orders, as robust interest at this stage will boost launch/marketing budgets. Interested in helping? You can pre-order right here.

• The cover is already scoring a lot of flattering attention. Taken by Brian Henry, it’s one of those pictures that looks so good I’m surprised they let me in it.

• A friend just said I’m “lookin’ fine” in the picture. In fact, that picture was taken in, gulp, 2015. She asked how I’m feeling. I feel good, but not like I felt in ’15. The difference? Today I have Parkinson’s, but in ’15 I was likely hungover so I guess you could call it what the bookies say is a push

• In hindsight, I feel like I lived four straight decades like I was a lit stick of dynamite, ever ready to detonate. Lately, I feel more like a candle, one that gives off a steadier, more illuminating burn. But a prank candle, one that keeps reigniting just when you think you have the damn thing blown out.
.
• In an effort to preserve the remaining tatters of blog tastefulness I’ll resist seeking the perfect “blow me” punch line to that tempting set up.

• Another milestone surfaces on Wednesday, this one too momentous to ignore. The 15th marks the 5th year since I moved my office from The Pond — incredibly, I was evicted — and into the fabulous Tin Lizzy. I think how I got here and how being here has influenced my writing deserves a stand-along blog post on Wednesday …

• I’m not going to call it a party and I don’t want to encourage anyone to violate prudent social distancing protocols, but I’ll have a half-assed open house from 4 to 8 if anyone wants to stop by and say hello. More on Wednesday.

• Thanks for all your cheer and support!
Posted by Chris Rodell at 10:57 AM

You bring humor to our days, and sometime profound wisdom. Now, don’t let that go to your head!!! I’m just so grateful to be among your fans, be they good, bad, or really, really ______.

It could go to my head -- and never be heard from again. Too much emptiness. Thanks, Ardi!