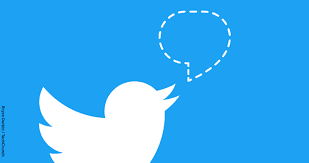 Anytime I have fewer twweets than I do days of the month, I feel like I stumbled through a whole lunar cyccle with my brain switched off. Oh, well, I'll let you decide ...

• Televising CNN anchors getting all gooned up isn't entertaining unless they agree to show them waking up with skull-pounding hangovers. Now THAT'd be entertaining.

• You can play a mean bluegrass banjo or country fiddle here on earth & it won't matter one bit. Once you get to heaven, everyone's in a soul band.

• It’s a brazen betrayal of the sturdy container's very existence but most recycling bins cannot be recycled.

• I once imagined my life would include an era of depravity where I reveled in the dark cravings of the sordid flesh. Alas, the time for such wanton behavior has passed. Today, my idea of depravity is eating ice cream before lunch in a room where my wife and kids can see me.

• Many devote their lives to the pursuit of riches and power. I'm on a quest to rid my life of envy. I fear I'll always be envious of the envy-free.

• When Bloomberg says he's spending all he has "to get rid of Trump," he's talking about a long, messy campaign. He's giving Trump too much credit. I'd just make him an offer: "How much would it cost for you to resign?" I say he'd go away for $10 billion.

• Just once, I'd like to be in the clinic and hear the tech declare, "I'm here to draw blood!" have her don a beret, produce an easel, scribble furiously and  proudly hand me a paper with every spot covered in crimson red.

• I sometimes wonder if heaven is like "Fantasy Island" and God is like My. Roark. Then I wonder if the mere thought is sufficiently blasphemous to prevent my soul from ever finding out.

• When you order at the drive-thru do you make eye contact with the speaker like this disembodied voice will give you better service? Me? I flirt.

• I was deeply flattered the other day when my daughter, 19, asked me for some life advice but am self-aware enough to realize that if I was anyone else and saw her asking me for advice, I'd think, "What could she possibly hope to learn from that guy?”

• For the sake of geometric diversity, I'd like to see a square dance called the Putz Around.

• As a student of history, it's my understanding that man has waged war over injustice, territory, greed, vengeance, pride, and even reasons as petty as national vanity. As a student of breakfast, I'm surprised man has never waged a war over bacon. I'd enlist.

• Quid pro quo is one thing for another. More alarming in a legal sense is eight things for another or the rare squid pro quo.

• Time for my annual Super Bowl prediction: Ready? San Francisco 62, Kansas City 51! Those aren't scores. That's my prediction for the high temperatures in each city at kickoff.