Pondering "sober curious" movement after a weekend in Athens, Ohio 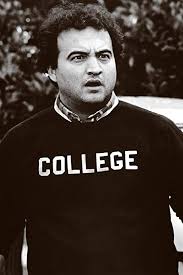 I was this weekend the focus of on odd male custom where men who love you most and think you’re going to die in, say, 5 years, gather to engage in the wanton misbehaviors that could kill you in 2 nights.

I survived and made it home where I’m loved by even sober folk.

The weekend reinforces my contention that my popularity with any group surges in direct correlation to how much alcohol they’ve consumed.

So if you think this blog is off to a slow start, why don’t you stop here for a moment and go take big slug of hootch to loosen up. I’ll wait.

There. You back? Feel better?

Have you heard about the new sober curious movement? It says people are sick of drinking and are thoughtfully considering what it would be like going out without spending the night drinking beer, wine or strong liquor.

Well, I know exactly what that would be like.

Really, I’ll not disparage. I can see alternatives to intoxication working for a lot of people, albeit not for people who make their living keeping many of us tipsy.

Excessive drink, I know, is the ruin of many well-intentioned adults. But so is excessive sobriety. As H.L. Mencken once said: “All the great villainies of history, from Abel to the Treaty of Versailles, have been perpetuated by sober men, chiefly by teetotalers.”
I’m curious how different my life would be had I chosen a sober path. For starters, my lawn today would appear tidier because I wouldn’t have spent the weekend in Athens, Ohio, still after all these years the Drinker’s Disneyland. And my life, I believe, would be emptier without all those vital friendships and raucous memories.

Being back in Athens with a dozen old buddies reminds me how essential my time there was to me. It’s where I became who I am.

Times were different — and I tried without success to impose a penalty shot anytime anyone said, “Boy it’s a good thing there weren’t camera phones when we were here!”

I felt more melancholy than I’ve ever felt in fun circumstances because, indeed, I was the focus of the weekend. Many of my friends came long distances to wish me well. My Parkinson’s diagnosis is bumming my old buddies out. That bums me out.

I told them I’m fine — and I am — but I realize how upsetting it is when you see something once so vital, so alive — me and you at 19 — showing signs of encroaching mortality.

Where I once ran naked, I now limp fully clothed.

Still, I should have done something to lift everyone’s spirits, something that would have yielded at least one new story we can tell over and over years from now — and new stories should be the goal of any gathering among old men being stalked by nostalgia.

So next time it’ll be up to me to either swim naked in the hotel pool, pee on a cop’s foot or try and sleep with Miss Benson, that hot history prof, who is by now either 80 or dead — either of which would make a good story.

And that’s another problem I have with the whole sober curious bit.

I mean, really. Where are you going to find a sober guy daring enough to pee on the cop’s foot to liven things up at last call in Athens when the boys are getting bored?

No.1 Party Boy from No 1 Party school