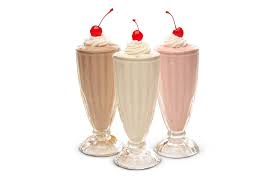 No. I have Parkinson’s Disease. So do more than 1 million men mostly and women in America. The average age onset is 60.

I first began noticing the unsettling symptoms in October 2015 when the left side of my body seemed to begin shutting down. My left arm would hang like dead meat at my side. A slight limp began to develop as my left foot disobediently dragged.

Always a crackerjack typist, crisp keyboard strokes became tentative and at times impossible. The fingers on my left hand refused to obey cranial commands that had until recently been split-second instinctive.

Doctors couldn’t figure out what was wrong. So on a miserable day in early February I was given the miserable task of having to drive to Pittsburgh’s UPMC Hospital to undergo a $10,000 DAP test that involved injecting me with nuclear isotopes that would circulate throughout my brain.

And on Valentine’s Day, just before lunch, all alone in my shabby little office, I found out in the most graceless way possible I was one of 60,000 Americans each year who learn we have this progressive neurological disorder that in its most severe cases can rob victims of even the most basic motor skills right down to the ability to blink one’s eye.

My grim informant had no time for blow-softening small talk: “Well, your test results came back and are consistent with Parkinson’s Disease. There is no cure.”

I went quiet so long she must have thought I’d either dropped the phone or dropped dead.

I mumbled confirmation. What could I expect was going to happen?

“Can you still feed yourself?”

I told her I’d managed to down a donut that morning, but that some of the rainbow sprinkles fell on my lap. Will the inability to swallow strike by lunch?

“Well, you should really talk to the doctor.”

I told her I couldn’t believe the doctor, whom I’ve come to like, would outsource such a sensitive phone call to someone so clearly insensitive.

Even though I’ve known I have it for five months, I’m still remarkably ignorant of what I’m up against. In fact, I hadn’t even typed the word Parkinson’s into a search engine until this morning when I needed to look up the above statistics.

Believing that I’m an individual and that the disease strikes individuals differently, I didn’t want to burden my psyche with blanket fears.

Note: it’s not Parkinson’s Condition, Parkinson’s Malady or Parkinson’s Inconvenience; It’s Parkinson’s Disease. So semantically at least this is some serious shit. Doctors have told me they have patients in their 70s who with treatment display no visible symptoms. They tell me my relative fitness and otherwise sunny disposition mean I’m a good candidate for a rosy eventuality.

But seared into my memory is a conversation with an old neighbor from the street where I was raised. We golf together once a year and a couple of years ago I introduced him to Arnold Palmer. It was the first time I think he looked at me and didn’t see a runny-nosed kid riding his Big Wheel.

I treasure his friendship.

It was about four years ago he confided in me his sweet wife of 35 years had been diagnosed with Parkinson’s. We talked about it for a compelling 30 minutes and to this day all I remember him saying are two words with dreadful conviction as he drilled me with his eyes.

She’s in dire straits — and, no, not the cool one where Mark Knopfler, one of my very favorite performers, sings and plays peerless guitar.

Coincidentally, it was Dire Straits who in 1982 released a song that contains the only mention of any Parkinson I’ve ever heard or known of. It’s on “Industrial Disease,” a catchy number about unregulated factory ailment and what it can do to a man. Pertinent lyrics:

I don’t know how you’ve come to get those Bette Davis knees
But worst of all, young man, you’ve got Industrial Disease!’”

I wonder if the victim maintains the ability to blink.

In fact, the disease was named for London physician James Parkinson who in 1817 begun groundbreaking research into what since AD 175 had been known as “shaking palsy.”

I don’t yet do much shaking. My left arm — I thank God it’s, so far, not my dominant right side — shakes when it’s cold, when I use it to lift plates into a cupboard or when it’s under stress. Sometimes when I’m nervous and giving a speech it begins to shake so I put my hand in my pocket to conceal the quiver. It’s not a good look, but I wouldn’t want the shaking to distract from what I’m trying to say.

I wonder if in five years I’ll read that last sentence and marvel at my quaint innocence.

It’s been an embarrassment for about the last year. People look and wonder, geez, what the hell’s wrong with that guy?

Maybe I should begin to gauge their cool by telling them it’s “Industrial Disease” and see who gets it.

I didn’t want to say anything sooner because I wanted to enjoy the successful release of the Palmer book — a true professional high — and because, being blessed with so many empathetic friends, I knew the news would bum you out.

I keep trying to find a silver lining and the only one I can think of is that soon this inability to blink means I’ll be able to really give ‘em all hell in the staring contests.

Did I have this coming? Did I ever make fun of someone with a disability? Is this karma circling back to kick my ass?

Then I remember I stopped believing in karma the day I woke up and incredulously realized Tom Petty is dead and Dick Cheney isn’t.

I didn’t tell my little darlings, ages 17 and 12, until Sunday afternoon. It was not easy. I love them so much and dread the reality that one of the most difficult aspects of their lives may one day involve caring for me.

I told them about the symptoms, the treatments and prognosis and said if they ever noticed me stumbling coming home from the bar late at night it wasn’t because Daddy was drunk. It was because Daddy has Parkinson’s.

Amazingly, they bought it.

Because of rampant infant mortality, the average life expectancy of a male born in America in 1850 was a measly 38.5 years. And that was before a single Civil War bullet was fired in hostility.

I think many people view me as youthful or, well, maybe juvenile is a better word.

But, c’mon, 55 is pretty old. Some decrepitude is inevitable.  And for five decades I’ve had a really great body.

And I don’t mean that the way a swimsuit model does.

I had a strapping healthy body for all the meaty years when having a healthy body is a real boon for a young man eager to have raucous fun.

I think about my body and its first 50 years the way many of you feel about that old jalopy you had in college: high mileage, low maintenance. It never needed an oil change, was great in the snow and was nimble enough to parallel park between a Mercedes and a Cadillac with both owners obsessively watching. You’d need two hands to count the number of times you’d run it into the trees and it miraculously seemed like it’d bounced right off without a a scratch.

My body climbed mountains and skied down them. It was agile enough to on the very same night run from police and chase girls. It ate like Elvis, jumped out of planes, wrestled alligators and partied so hard and irresponsibly it birthed drinking legends that endure to this day among sober witnesses.

In many ways, it’s not surprising that a body that’s been through all that is breaking down at 55. What’s surprising is it ever made it past 38.5.

Really, with the joyful and rambunctious life I’ve led, it’s fair to ask,  “Why not me?”

For me, the most confounding aspect of all this is professional, a surprise result for someone who since 1992 has wallowed in being utterly unprofessional. But this is not the way this story is supposed to end.

I cannot abide an unhappy ending and I don’t intend for this to be one of them. I’m already being diligent about exercise and other recommended behaviors. It’s all a reminder how our  happy little lives can be taken away in the blink of an eye.

But not if we cease to blink!

See, I knew there’d be a silver lining in there somewhere.

Such a powerful column, Chris. And to think you spent all those hours listening to Nancy Bickus bitch about bills at Yough School Board meetings in the early 1990s. That was enough to make anyone quit this business.
Joe Napsha

What a horribly insensitive way to deliver such life-changing news to a patient. That's just awful. I'm sorry to hear this news and wish you only the best.


Thanks, Joe and Melissa!

Chris knowing the person you are and your wonderful family you will beat this up before it beats you down. Keep up the good work and positive thoughts !

Thank you! (just saw this)

This column is powerful, Chris. Heartbreaking one moment and hilarious the next. Few writers could pull this off. Who was that delivering the test results? Nurse Diesel from High Anxiety? I'm just one of many sending prayers and good thoughts.

Just seeing this column now. All the words at my command and all I can come up with is “this sucks.”
Lisa Baxter

Just saw your comments, Lisa and Sharon. Thank you. I'm buoyed by your empathy. It'll help me give it hell,