October Tweets of the Month 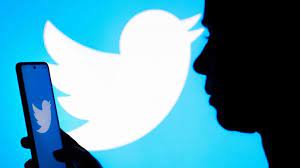 • I live in a house with 3 sassy women. I teach a class of undergrads raised to be hyper-sensitive on any number of topics. And I'm under a constant barrage by boneheads eager to engage me in provocative political and social arguments. I hold my tongue so much it's a wonder my fingertips don't have tastebuds.

• Some gifted writers enjoy gilded reputations, movie deals and widespread approval. They are famous authors. Others are considered dangerous, yet still secure movie deals for their illicit work. They are infamous. Then there are guys like me. We have none of that. We're unfamous.

• Hearing people judge those who attend hurricane parties always cracks me up. This is Planet Earth 2022. Climate change, drought, injustice, partisan rancor -- and most of us remain by choice oblivious to it all. It's one big Hurricane Party and we're all standing in line while the bartender cuts citrus fruit garnish. Party on.

• John Lennon was killed in 1980. George Harrison died in 2001. Paul McCartney is 80. Ringo Starr, 82. I'm not wishing any ill on either, but if the actuary tables are to be believed The Fab Four will one day soon have a heavenly reunion. I have to think there are already lines forming at the ticket windows.

• I drink too much. Laugh too loud. Lie to dodge tedious tasks. And at the end of another week when it could be argued my greatest achievement was not dunking the  phone in the toilet, I forgive myself my sins. Indeed, I put the human in humanity.

• It’s sadly ironic that in a day when social media creates disposable "stars" that light pollution is resulting in the visual obliteration of actual stars in the heavens.

• Reuters headline reads "Russians attack Ukrainian cities during rush hour." They still have rush hour? Traffic on the 4s? Beep 'n' creep? If ever a situation called for suspension of rigorous work duties, I'd think "Sovereign Country invaded by Russian Army" would top the list.

• One of the many oddities of my existence is that by most demographics I'm considered working class, yet few would consider what I do to be actual work and if I  have any class at all it's not readily apparent even to me.

• Say what you want about their leadership abilities, but if nothing else at least TRUMP, BIDEN and PUTIN would  make dandy Wordle first guesses.

• What salient fact on one of the day's biggest stories did nearly every news organization get wrong? They all declared Alex Jones was ordered to pay "nearly $1 billion" in damages. Pardon, but it was $965 million. That's not nearly a billion. It's off by $35 million. That's a lot.

• Some have suggested I'd sleep better if I stopped worrying about things over which I have no control. I get it. I can't stop wars, reverse climate change, etc. But it could be 50k years from now & I'll still be fretting about kids running w/wrong crowd. And we'll be in Heaven!

• Seeing a vivid rainbow over Latrobe this morning reminded me of the Sunday school lesson that the phenomena was God assuring that everything's going to be all right. It's good to know on these days when so many feel truly godforsaken, like He's Holy Ghosted us.

• I’d like to one day report on malfunctioning picnic ware litigation so I could without exaggeration describe it as a real basket case.

• The Swedes must cleanup in the fish Olympics. I mean, who's their competition? They are the only nation that has organized their fish in the whole pescatorial realm.