Tweets of the Month(s) 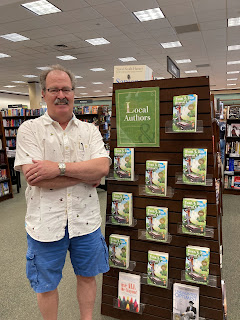 • Val was rattled this week after seeing a picture of her late mother from when she was 4 years younger than Val is today. Her mother appeared much older. Told Val she shouldn't be surprised. She works very hard at eating right and remaining fit, has a natural beauty and, in fact, looks better today than the day we met. And if I saw her in a bar today, there'd be only one thing that would prevent me from hitting on her. What's that? I'm a happily married man.

• Don’t ask why I was looking it up, but my research reveals that all mammals fart. Skunks are mammals. My question: What is the skunk etiquette when a skunk cranks out a really foul fart in a roomful of skunks? If you call a skunk with really potent farts "Stinky," is it insult or accolade

• Who on Earth would have ever guessed the GOP would be so happy over something that makes Dick Cheney so sad?

• Until someone shows me a real guy with a solid gold penis, I refuse to believe there's such a thing as the Midas Touch. It's not that I don't believe in alchemy, it's just that I know guys never know when to stop.

• If my calculations are correct, at some point tonight someone will watch a partisan news program and will descend into an imbecilic state from which he'll never recover. And when that happens 99.99 percent of American adults will be able to wear an "I'm With Stupid" shirt with diagnostic accuracy.

• I was flattered and a little taken aback when a 20-something girl I know as an friendly acquaintance asked if I'd take her to our church. I without hesitation said yes, even though my attendance lately has been spotty. I've since tried to figure out why me. Then it hit me. She presumes me and God are on a first name basis! And we are. But then again, aren't we all?

• We’ve become a nation so hyper-devoted to the protocols of bodily hydration I fully expect the CDC will one day begin to list the number of people on dry land who drown themselves as a leading cause of death.

• I’ve come to believe Mr. and Mrs. Dumpty were two of the world's worst parents. Leaving an egg baby in such a precarious position is bad enough, but whose idea was it to name the Dumpty kid, Humpty? Did they even have the conversation, "Hon, we can't name him Humpty or he's doomed to become a nursery rhyme. Let's go with Phil or Burt." In their defense the Dumptys were just a couple of egg heads. And egg backs. Egg butts. Etc.

• Heard a song that referred to "the world's oldest profession" and it got me thinking: What did the 1st prostitute" earn for the intimacy? And what did the 1st John tell his Cavepals. Maybe, "You won't believe what that babe in cave 8 will do if you give her a handful of roots.”

• In the near future, doctors will begin offering an elective surgery that will involve suturing phones into users' palms to prevent misplacement or dunking them in the toilet. Early hipster users will be mocked when they're the 1st to be seen on their knees with a finger stuck in a wall socket. That will pass as popularity rises and pretty soon we'll all be crowded along the wall ridin' the lightning ...

• We’ve become a nation so hyper-devoted to the protocols of bodily hydration, I fully expect the CDC will one day begin to list as a leading cause of death the number of people who drown themselves while standing on dry land.

• Calling a man or woman "unflappable" is an admiring  compliment denoting grace under pressure. But it must mean the exact opposite to our avian friends. Calling a fellow bird "unflappable" must mean a bird is forced to hoof it. I don't know what to think if a penguin calls another penguin "unflappable." Penguins seem so cheerful so it's unlikely to result in fisticuffs, but that's a whole 'nother story.

• I’ve come to believe Mr. and Mrs. Dumpty were two of the world's worst parents. Leaving an egg baby in such a precarious position is bad enough, but whose idea was it to name the Dumpty kid, Humpty? Did they even have the conversation, "Hon, we can't name him Humpty or he's doomed to become a nursery rhyme. Let's go with Phil or Burt." In their defense the Dumptys were just a couple of egg heads. And egg backs. Egg butts. Etc.

• My insecurities are so vast I've begun to prop up my ego by finding petty ways in which I'm more skilled than many of America's greatest figures. For instance, George Washington was a charismatic leader, a pillar of American greatness, but I'll bet I could kick his pantalooned ass in a parallel parking contest.

• If the publishing industry were at all honest about its definitions, it would announce a new category for a highly popular fiction genre. Classy books that are well-reviewed but earn squat (books like mine) would still be called literature. But  the successful books we all agree are trash would be called LITTER-ature.

• How’d my Gbg.-Hempfield Library go? It went great! How many in attendence? Uh, well, 4. It gets worse. I was one of them. Wait. It gets worse still. Two of them were library staffers so listening to me yap was like goofing off. That means just one person took the time to hear me talk. So what did I do different? Nothing. I gave the same talk with the same passion as if I were addressing 400. So it's all good. At least until the end when I spend about 90 interminable seconds basking in an ovation of throngs only I can see. Lesson? If you can't be a true success, having a powerful imagination helps one -- and I mean one -- overcome so many of life's little disappointments

• Call it a hunch, but something tells me one of the big '23 news stories will be astrophysicists announcing that voracious black holes are now ignoring regular shaped galaxies and are instead consuming only the galaxies that are Pringle-shaped.

• NASA hits Volkswagen-sized asteroid 6.8 million miles from Earth. Whew! Now if only someone could do something to make me feel safer every single time I set foot out my front door.