You can again call me Professor 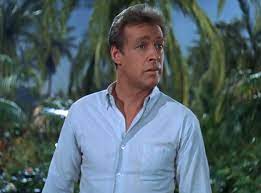 The last time I was honored to teach journalism to Point Park University students, I was determined to make a real impression. And I did.

A real bad one.

The class was three hours of me talking. Three! I showed up 10 minutes late, stumbling, barely coherent. I wanted them to think I was drunk.

I know, role of a lifetime.

These weren’t privileged students. Most of them were paying for their education out of their own pockets and here was the prof showing up late and drunk.

By this point I was smiling, in control, making deliberate eye contact with all 20 students.

I’m not going to say the room exploded with laughter, but given the situation, their expectations and my farce, I do believe it was the funniest  prank I’ve ever pulled.

The man they’d moments earlier believed to be an incompetent booze hound turned out to be a man of sophistication and wit.

I told you it was a prank!

I mention this now because, as of Thursday, I am again a professor at Point Park University. I’d been communicating with a department head about a one-off address to the journalism students. He said the school had an opening and urged me to apply.

I’d taught grad students creative non-fiction there from 2007-’10. Why was I asked to leave?

If you’re thinking there was some tawdry scandal involving illicit contact between the professor and a beguiling student, well, thank you.

Most people, I think, reflexively believe any scandal involving me stemmed from rank stupidity.

In fact, the university decided to enforce a standard that adjuncts have at least a Masters degree to be allowed to teach. I still don’t have one, but I can persuasively argue my experience renders the point moot.

I believe I can build a compelling 15-week class based solely around all my hilarious failures.

Who knew there’d be so much practical value in so much mortal humiliation?

The key, however, was the praise from the former students of mine that rallied in support of my hire. Check it out:

• “Chris Rodell is a great teacher and his assignments really made me believe in my creativity again. I saved every paper from his class. I still have them and still read them for inspiration and insights.”

• “I’ve stayed in touch with professor Rodell because I appreciated his candor. To this day I find myself reflecting on his real-world advice. He may not hold an M.A. but his experiences make him much more valuable to students. I strongly recommend Mr. Rodell for a position at Point Park.”

• “Rodell is the one professor at Point Park who taught me how to trust my creative impulses and also to think about how I could actually sell my work. Rodell is a phenomenal writer, but also an entrepreneur. And he was the first and only professor — in both my undergraduate and master's degree programs — who showed me how to think like an entrepreneur, too. That's incredibly important in the media landscape today. Without Rodell, I would've never had the courage or impulse to pitch — let alone sell — a book to one of the Big Five publishers, or publish in major magazines and newspapers, or think about my work as something that could extend beyond the written word and into audio and video formats. I owe just about everything I've done as a freelance journalist to what Chris taught me in one semester at Point Park. That's no exaggeration. You should hire Chris.”

So it looks like I’ll be resuming my happy little gig in the heart of downtown Pittsburgh.

I may not have all the answers, but I’m the perfect guy to get a class through the tough patches when time really … really …. starts …. to ….. drag.”