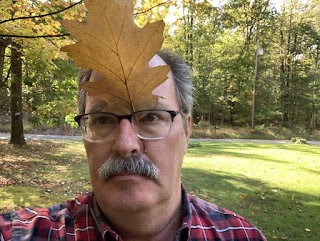 • I’m not really sure they bought it the first time, but I sense my family is after 6 consecutive days losing patience with me walking in and saying, "You're not going to believe what just happened ..."

• I’m fearful for the souls of the people dying of Covid while furiously denying the existence of Covid. They have so much surplus anger they're not at all prepared to rest in peace. Tell them instead to FIA -- Fidget in Agitation. These things take time.

• We live at a time where those people we most suspect are being brainwashed are the ones we're convinced have no brains.

• I’m becoming highly suspicious of the word "ascend." How did a word that's pronounced "ASS-END" come to mean "Rise up?" Something cheeky is going on here. I vow to get to the bottom of this …

• The outcome of your days will begin to make more sense when you realize that things like happiness and sadness aren’t emotions. They’re mindsets. Today I’m setting my mind to “Procrastinate.”

• If money is truly the root of all evil then the lack of it is the weedy stem with a rancid fruit that must be consumed every 15th of the month when the Comcast bill comes due.

• Although I'm a big believer in proper etiquette I can't see myself ever saying, "God bless you!" to a sneezing supermodel. I mean, isn't asking a God to bless a supermodel awfully redundant?

• Nero is historically decried for fiddling while Rome burned. That'll never happen to today's leaders in regards to climate crisis. They think the solution is … fireproof fiddles!

• We’re so used to them being linked in Biblical sinfulness but Sodom and Gomorrah were two wicked cities. They must have been fierce rivals. Imagine having to ref a high school football game between Sodom and Gomorrah. Talk about having to throw out the rule book.

• You can roughly calculate your character as a person by dividing the average number of people with whom you interact each day by the frequency any of them gives you the finger. If it’s been six months since anyone’s flipped you the bird, you’re probably a quality person. If it happens weekly you might want to change some of your behaviors. I exclude myself from the formula because I’m raising daughters, ages 21 & 15, so it’s rare that I go more than 4 or 5 hours without enduring the insult.

• I believe there are few writers with a shelf as eclectic as mine. I have authored offbeat biographies on two distinct icons, published one madcap satire, a collection of hopeful essays, and a self-help book on colorful living. Now, that’s diversity. In fact, the only thing my books have in common is none of them make any money.

• It must be a cinch to make a fortune manufacturing fenders for auto industry. Nothing but bumper crops.

• We all wonder about our purpose in life. Why are we here? What does it all mean? Take me, for instance. The Lord has blessed me with a life full of fascinating characters, remarkable experiences and a storytelling ability that lends itself to lively conversation. Why am I here? As near as I can figure, the purpose of my life is to give you an hour or two of interesting company when you sit down next to me in a bar.

• Although I'm a big believer in proper etiquette, I can't see myself ever saying, "God bless you!" to a sneezing supermodel. I mean, isn't asking a God to bless a supermodel awfully redundant? Fortunately, I'll likely be spared the moral predicament because I don't foresee any circumstance that would put me in the same room with a sneezing supermodel.

• Catastrophic rise in ocean depth due to climate change will in the future be offset by UN mandate that every home in every developed nation have a backyard saltwater pool that's at least 500 feet deep.

• News that Congress may go after 10 richest individuals in America has me thinking, "Whew! Who knew coming in no. 11 would be so sweet?" And my accountant said being a writer would never pay off ...