My thoughts on Dylan & "Murder Most Foul" 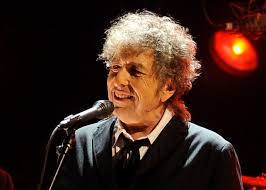 So here’s my gut reaction to “Murder Most Foul,” Bob Dylan’s divisive new 17-minute song primarily about the Kennedy assassination.

• Might as well call it “Pee Break Most Foul” because if he ever plays this live, every concert goer will at the first notes head straight to their designated restroom.

• The idea of riffing over an era with evocative phrasing has already been done and done better by Billy Joel with “We Didn’t Start the Fire,” only Billy scattered his observations over four impactful decades — and he only needed 4 minutes, 51 seconds to get it done! Even better, albeit more narrowly focused, is Don McLean’s “American Pie.”

Of course in 30 years, I might disavow this judgment, and declare the song utter genius, an essential stitch in the American fabric.

It is my contention that everyone who becomes a Dylan devotee starts out by mocking him. That’s how it started with me.

In fact, for me to begin appreciating Bob Dylan he had to cease being Bob Dylan and become some one else entirely.

Yes, it wasn’t until I heard him with the Traveling Wilburys that a light went off. He didn’t take himself as seriously as every one else did.

And if you’re today having a bad day (welcome to the club!), realize that once upon a time Jeff Lynne, George Harrison, Roy Orbison, Tom Petty and Bob Dylan were sitting around and one of them said, “I have an idea. Maybe we should start a band.”

And they all agreed!

Petty said: “The whole experience was some of the best days of my life, really, and I think it probably was for us all ... The thing I guess would be hardest for people to understand is what good friends we were. It really had very little to do with combining a bunch of famous people. It was a bunch of friends that just happened to be really good at making music.”

Okay, enough sunshine. Back to disparaging “Murder Most Foul.”

Some of the rhyming is just lazy, and the song contains what to me is the single worth lyric he’s ever composed. Maybe worst in history.

This is not satire. It’s not a put on. This is factual.

This from the man who on “Thunder on the Mountain” managed to convincingly rhyme “Sons of Bitches” with “orphanages.” So I expect more from him.

I know many people disdain the idea of a 16:57 song (everyone feels obliged to round it up).

Not me. Some of my favorite Dylan masterpieces (“Desolation Row,” “Highlands,” “Brownsville Girl”) exceed 10 minutes.

This one just feels bloated. At least it’s a welcome reprieve from covering old Frank Sinatra tunes, a trend I’ve facetiously said was a factor in Petty’s accidental overdose.

Give me another two decades and I might change my mind and hail it as genius, just like I did with its composer.

Interested in spending roughly the equivalent time on three Dylan songs I contend are bound to break down the walls that separate mockery from appreciation?

Check out “When the Night Comes Falling from the Sky,” “Working Man’s Blues #2,” and “Where Are You Tonight?”

The songs are evidence of a transcendent artist who can be exasperating, tender, charming, infuriating and with every release volcanically compelling.