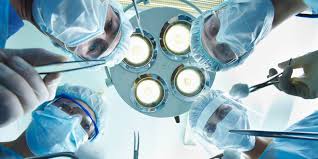 It was with impeccably bad timing I decided June 6 to reduce my blog output from  four or five times a week to once every week or so. My life’s been nothing but interesting ever since.

• I signed a contract to do a book about Arnold Palmer and why this man who could have been pampered in palaces around the planet never left Latrobe.

• I wrote 25,000 words out of a projected 60,000 words on my next novel. It’s about overcoming the struggles of a long distance romance with a twist. By long distance, I mean she’s in heaven and he’s in hell. Their names are Evan and Elle.

• I finished a deluxe version of  “Use All The Crayons!” with 1,001 items — double the original — so I’ll be able to charge indecent prices to groups who are already overpaying me to speak to them.

• And in four hours doctors at Latrobe Hospital will be removing my thyroid and a potato-sized lump in my throat they suspect may be cancer.

Do I have your attention?

I have such an over-inflated sense of self-esteem I’m having trouble believing there’s anything at all bad in my body. It would make more sense if they said they were going to cut me open to remove something stupid.

It seems like such a blatant betrayal by a body I’ve always pampered. I let it sleep in, eat and drink whatever it pleases and God knows I’ve never made it work too hard.

When it comes to my body, I’ve always had its back.

And now it’s doing this to me?

This goes back to a routine March exam (link below) when the doctor found a node on my throat. Subsequent exams resulted in what one doc described as a tennis ball-sized lump. I describe it as potato-sized because I refuse to let the medical community dictate my colorful descriptions.

They said the problem was my thyroid.

I remember hearing that and feeling so relieved. The genius of redundant design meant, surely, I had four or five thyroids in the on-deck circle.

I have no symptoms. I feel fine.

I asked what would happen if I did nothing. The doctor said whatever’s in there could spread. He said there’s a 20 to 30 percent chance that it’s cancer and they won’t know until they remove and have a look at it.

Who knew cancer came with a handy label?

He asked if I had any questions. I asked if he was joking.

He said with mirthless eyes, “I never joke.”

I told him all I do is joke.

I didn’t say this next observation out loud, but it occurred to me that while what he does save lives what I do is make lives worth living.

He was looking at me like he wanted to cut my throat. He wasn’t angry. Cutting throats is just how throat surgeons pay the bills. It’s what they do.

The hard part was summoning the girls to the porch Sunday to tell them why I was going to spend the night in the hospital.

“Or,” I said, “I could get run over by a bus crossing the street on my way to the hospital.”

This last part seemed to cheer everyone up

I’m not ashamed to admit, I was close to falling to pieces when I told my three darlings this meant my life portion could be relatively brief.  We have a small family of four, but it’s a very sweet dynamic. So we’re kind of like the Beatles only with one less functioning thyroid.

I asked Josie later what she thought I was going to say when I called them to the porch.

“I thought you were going to say something funny.”

I will again. I promise.

The doctor said voice change is a possibility so reading The Gettysburg Address while sounding like Sylvester J. Pussycat would probably be funny.

Confronting one’s own mortality is never easy. Gives you a lump in the throat.

By noon today, that emotional lump’ll have a little more room to stretch out.

(Update: Half the thyroid was removed and tests on the lump proved to be free of cancer. I'm very relieved. I'm fine and prospects are bright. Of course, I haven't even had breakfast yet so it's all up for grabs. Thank you one and all for your good wishes. Your evident empathy graces the world.)

Fainting again at my routine physical

Results from my 1st physical in 18 years …

Tick bit where no man wants to be tick bit