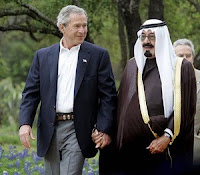 President Barack Obama is returning from an overseas diplomatic mission in which he’s now being criticized for being too diplomatic.

His courtly bow before Japanese Emperor Akihito was deemed demeaning by that Miss Manners of international relations, Dick Cheney.

Cheney said it “showed weakness” for a U.S. president to observe such formality with one of our closest allies, overlooking the fact that Cheney’s old hero, Richard Nixon did a similar shoe stare in 1971 before Emperor Hirohito, a man who personally ordered the dastardly Pearl Harbor attack.

I’m a fan of the formal bow and do it whenever I can. I prefer it for sanitary reasons to the hand shake or, gadzooks, the buss on the cheek, social intimacies with which we’re all about to be bombarded during the holiday season.

It would be so cool if at some upcoming Christmas party instead of greeting everyone with a weak, “Hey, man,” handshake, I instead with a graceful flourish broke into a sweeping bow that charmed all the ladies and made the men simmer with resentment.

Of course, if I were to do that properly, I’d require polished knee boots, a sword scabbard and a hat adorned with a big spread of peacock feathers. The sum result would guarantee I’d be ostracized and forced to sit in the corner for the duration of the party all by myself watching football rather than making microscopic small talk with tipsy sorts of strangers.

I know. I don’t see a downside either.

The Cheney rebuke was surprising in particular because Cheney was mum during one of the oddest diplomatic dosey-does any of us had ever seen. That happened in 2004 when George W. Bush and King Fahd held hands like nervous virgins on prom night during a garden stroll across Bush’s Crawford ranch.

The hetero hombre in me was unsettled and wanted to break out in nervous laughter, but the romantic in me couldn’t help but notice, yeah, they made a really sweet couple.

People less sophisticated than I disparaged it as “gay.” That again puts me at odds with the general public.

I encourage male-to-male handholding in times of spiritual tumult, like when the Pittsburgh Steelers have a long third down and goal. For years, I alone have stood up in the bar during pivotal game moments and exhorted, “Alright, there’s lots riding on this play. Let’s all hold hands and channel positive thoughts out to quarterback Ben Roethlisberger. Who’s with me!”

No one’s ever picked up that communal baton, but I think I’m making progress. Fewer and fewer bullies are outright suggesting they pause the action and take me out in the parking lot to beat the living crap out of me.

All this nitpicking over simple gestures overlooks what for me is the best ice breaker. Yes, I’m from the pull-my-finger school of diplomacy.

Sure, this works great with uncles and children. But no one’s ever tried extending the finger to our allies on an international level -- and for the sake of clarity I don’t mean George W. Bush and that finger.

Just imagine if instead of bowing, President Obama slyly asked, “Emperor, I invite you to partake in a beloved custom from my country. Go ahead -- wink, wink -- Pull my finger.”

This works because he’ll either laugh hysterically at the result, thus guaranteeing a requisite level of humanity we seek in an ally, or else he’ll be mortally outraged.

I’d be ready for the reaction. If laughter ensued, I’d embrace my ally and anticipate a long and fruitful relationship.

If anger or embarrassment was the result, why I’d have no choice but to immediately sever ties.

And for that you need some really, really big scissors handy.

When I say cut ties, I mean cut ties.

Yes, there’s no international situation that couldn’t benefit from an injection of a little Three Stooges mentality.

Nyuck, nyuck.
Posted by Chris Rodell at 6:30 AM

i would LOVE to see the pull my finger initiated! how hilarious would that be?

good stuff, man. even if you're a steelers fan. WHO DEY!