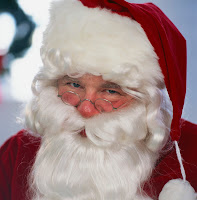 I’ve discovered a second male puberty and I’m smack dab in the middle of it.

The first male puberty happens when boys are teenagers. They become awkward about their appearance and begin to grow funny hairs in places that surprise them.

The second male puberty happens when men like me, aged 46, become awkward about our appearance and begin to grow funny hairs in places that surprise us.

I’m not complaining. I had a good run. I gave ‘em all hell between my two puberties. Now I’m eager to just get on with it.

Parts of my still lingering hairs are gray and parts are the brown of my youth. Mix ‘em up and I guess my hair is a color you could call bark.

See, I’ve always striven to be defiantly uncaring about my appearance, but my raging vanity keeps getting in the way.

This happened when, as is my custom, I changed my blog/Facebook picture the same day I changed the oil in my car.

As I’ve explained, this makes perfect sense. By tying the picture change to regular car maintenance -- every 5,000 miles -- it keeps my mug current and reduces the glamor shot stress we all endure selecting a picture once every two years or so.

This oil change occurred when I was ramping up for a winter beard. I had a beard last winter in preparation for my driver’s license picture, a bit of quadrennial performance art I indulge in to try and make myself appear more challenging to weary police officers who’ll be engaged in arresting me over the next four years.

I enjoyed last year’s beard because we’d had a harsh winter. Having a thick, unkempt beard was like walking around with a hoagie strapped to my face. It kept me warm in the wind.

So I thought I’d grow one again this year. And that’s what I’ve been doing for the past three weeks.

But the reaction to it in my new picture unsettled me. Facebook reviews were universally harsh. One guy pointed out that the the right is whiter than the left -- and he wasn’t making a political observation.

I was at a bowling alley yesterday -- and that right there is near the top of the list of sentences I thought I’d never write. But my wife had volunteered as the responsible adult needed to chaperone the kiddies at the local lanes.

Me going meant I’d miss Happy Hour talk about the great Steeler victory over the Brett Favre-led Minnesota Vikings. But I had my beginner’s beard going and that knocks about 75 IQ points off any man.

I tried but couldn’t think of an intelligent way to argue it was more important that I go to the bar and talk football than it was to keep a sprawl of 8-year-olds from dropping 15-pound spheres of multi-colored polyurethane on each other’s toes.

See, beard guys are stupid -- you know, like Abraham Lincoln.

I decided I wasn’t a beard guy when I looked around at the sampling of other fathers who showed up a full 90 minutes after I did to retrieve their offspring.

One by one, I stared at the mostly bearded faces. What I saw convinced me I’d never be a beard guy.

Because beard guys, at least the ones in my mostly redneck corner of the world -- and this may sound a bit critical -- are all slack-jawed morons.

They dress in camo, kill what they eat and believe President Obama’s a Muslim tourist.

And I'm just not that kind of guy.

I’m above all that. I’m an enlightened and thoughtful gent.

I’m not one of those ignorant hick beard guys that goes around wearing hate on their faces.

You know, like Jesus Christ.
Posted by Chris Rodell at 10:26 AM