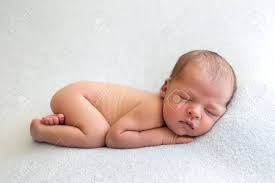 So many ways to die means there ought to be just one way to live and that’s exuberantly. I’ve felt that way ever since it dawned on me that I, aw shucks, wasn’t going to live forever.

It’s becoming more acute with me lately. It’s either the near daily news reminder I could get killed going to either — pick one — a store/gym/bar/school/church/movie/other or selfishly fretting about my own prospects, but I’m dwelling on my own mortality more than ever.

It’s more an awareness than a fear. But it’s only human to want to extend our portion.

I figure seven more lifetimes ought to do it.

With one additional lifetime I’d like to devote myself to earning some serious dough. I’ve never had crazy money. It’s never been a priority. But choosing to live an interesting life over a well-compensated one not only is unconventional, it is in many ways just plain stupid. I never intended it to be this way and I remain optimistic upcoming endeavors will alter the situation, but being low income (often NO income) is no way to live. I’d like to have another lifetime to see if a reasonably bright guy like myself could score some scratch if he made that tawdry goal a priority.

I’d like a lifetime to play golf. I’ve been a pretty decent golfer twice in my life, for about a total of nine days with only five of them involving actual rounds of golf. They were really great days. I know many good golfers and they make being skillful at golf seem as satisfying as I feel after composing some wisdom worthy of being said aloud in my Yoda voice. Give me an entire lifetime to play, enjoy and get good at golf.

What kind of human being wouldn’t want a whole lifetime to lavish on helping human beings? When a school girl asked Albert Einstein to share with her the meaning of life, the genius said in essence it was to help one another. Wouldn’t you like an entire life to spend making the world a better place? To feeding the hungry? To comforting the sick? And bringing cheer to the hopeless? I regretfully confess there’s no reason why I haven’t in Lifetime No. 1 done more of that.

I’d like one lifetime to stand for something, something that matters. I’m cursed with an ability to usually see multiple sides to every argument. We Americans have spent much of the last three years vehemently arguing over fences. Now, there’s only two sides to a fence yet I see maybe six different arguments. I’d revel to have one lifetime where I was absolutely certain I knew all the facts to every argument and that those who disagree with me were not only idiots, they were evil idiots. It would be so much simpler than cerebral subtlety.

Or I’d like a lifetime that coincided with a universal mindset that it’s better to walk in another person’s shoes than to seize that same person by their throats.

I’d like a lifetime to spend in the study of faith. I’m a spiritual, at times nearly mystical, person. But I admire men and women of unshakable faith who enjoy rock-like foundations in what it all means and all that comes next. Talk of any afterlife always reminds me of the famous last words of Apple salesman (not a genius) and founder Steve Jobs who is purported to have said as he drifted into the other realm, “Oh, wow! Oh, wow! Oh, wow!” My fear is my death bed exclamation will be, “Oh, shit! Oh, shit! Oh, shit!”

And I’d like another lifetime to live this lifetime all over again just exactly as it’s been. Nothing — nothing — has worked out the way I’d imagined it would when I was young and certain my life would result in fame, fortune and healthy longevity. But it’s all been just so interesting and happy I’d like to start it all over again just so I could experience all the very same loves and laughs once again. Thanks to those of you who’ve been a part of it.

And because that’s only six lifetimes and I said seven I’ll choose to do the last one twice!

How much living in 54 years?

Email ThisBlogThis!Share to TwitterShare to FacebookShare to Pinterest
Labels: philosophy