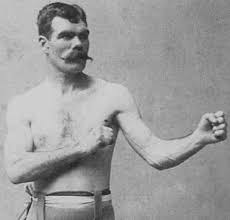 Posted by Chris Rodell at 8:59 AM No comments: 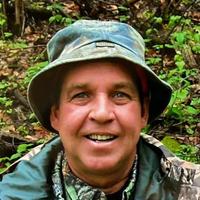 I don’t know what it is about small town funerals that often leads me to think of committing crimes.

Happened yesterday at the visitation for our friend Dave Planinsek, 63. When someone like Dave dies — and there aren’t many like Dave — everyone stops what they’re doing and heads over to pay their respects.

People stand in line for hours and think about what to say, how to comfort the family and if it’s too soon to call dibs on that fishing rod Dave’ll no longer be needing.

And while they’re thinking these mostly altruistic thoughts, I’m standing there thinking, “Man, now would be a dandy time to stick-up the bank.”

A bank heist would be a cinch when someone like Dave expires in a town like Latrobe. Everyone in town was there to mourn Dave so the rest of town was wide open.

I imagine me running into the empty bank, demanding money, and having the lone teller toss me the keys and saying, “Here you go. Lock up when you’re done,” as she runs out the door in the vain hopes of securing convenient parking.

Of course, there was no convenient parking at Dave’s visitation, thus fulfilling “Use All The Crayons!” colorful living tip no. 42:

“Try and do something each and every day that’ll ensure parking at your funeral will be a real bitch.”

That’s how Dave lived. A retired agent with the state Department of Environmental Protection Agency, he and his wife Cindy are renown for hosting a spring fishing derby on their sylvan property.

I’d see him every couple days at The Tin Lizzy and was always pleased when he’d sit next to me. The conversation was always insightful, interesting and always circled back to having fun. He’s the only guy I know who could talk for 30 minutes about wild mushrooms native to the Chestnut Ridge and be enlightening instead of excruciating.

Another great thing about Dave: I have no idea about his political leanings.

If he was a Trump fan, I don’t recall him beating me over the head about it. Likewise, I don’t remember him pulling out a rainbow wig and sashaying around the bar when Megan Rapinoe scored for either the US of A or the LBGQ of T or whatever.

I do know this: he was a law-and-order guy.

He loved his family, country, the outdoors and people who rolled up their sleeves and worked hard to better his community.

So on the day we said goodbye to Dave, Dave would have disdained me.

Because I did something worse than rob a bank.

I cut the line at the funeral home.

I know. It’s the kind of brazen act that could lead to a horizontal sort of visit to that very funeral home.

But the line was so, so, long and the smiling stranger had run out of flattering things to say to me. She’d overheard me talking to some friends and pieced together I’d written the Arnold Palmer book.

“It’s the best book I’ve ever read,” she said with sweet sincerity. I love to hear things like that and am always happy my wife’s not around to logically ask how many books she’s read, if that includes the Bible, and if I’d paid her to say the heresy out loud.

But the line wasn’t moving and the conversation lapsed. Plus, I had to pick up my daughter at the middle school. I’d stood in line for an hour and still had at least another 30 minutes to get to Dave and his grieving family.

I told my friend and he offered an illicit suggestion: Cheat.

“Just skip through that door, down the hall and into the main room.”

He said I could get essential family credit, by just popping in the casket room, signing the book and being seen by the family. From across the room, I could offer a reassuring smile and a solemn nod that says, “I’m here. It’s gonna be okay. Everything’s gonna be fine. Did I mention, ‘I’m here?’”

What do you think. I took the easy way out! Because the easy way isn’t always the right way, but it’s always easy and sometimes that’s all right.

I feel bad I didn’t get to say a proper goodbye to a good, kind man whose manner and ethic brightened so many of our lives.

But to be honest I don’t feel that bad.

I’ll instead treasure all those hellos.

Hire me to ensure a memorable funeral

Our dear friend Sue is gone