Shuffling off the shuffle: a "new" way to appreciate music 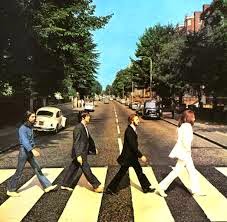 (1,010 words)
Reason and experience have made me among the planet’s most humble beings. I never feel compelled to boast I’m outstanding athlete, possess a keen intellect or have the lovemaking abilities of the mythical Zeus.

To do so would be crass and, besides, I’m confident that one day soon my wife will post a catch-all tribute to me on Facebook and I wouldn’t want to spoil her surprise.

But there is one realm in which I do feel superior.

I am among the world’s most tasteful music aficionados.

I have an appreciation for country, folk, jazz, classical, and every genre except hip hop and that’s okay because hip hop doesn’t count and I can say so because I am among the world’s most tasteful music aficionados.

Given all that, I, of course, have great knowledge about the most important genre in recorded history. That being classic rock ’n’ roll.

Some will argue the music of Beethoven, Mozart and their contemporaries is the most important. They are mistaken. Sure, it was good and enduring music, but it didn’t inspire the revolutionary passion of great rock.

And no one ever held up a Bic lighter and toked on a fat Doobie and yelled “Wooo!” when a baton-wielding guy in a powdered wig kicked off  “Symphony 7, Allegretto, Movement No. 2.”

That’s why today I’m taking the time to inform you I’ve starting a movement of my own, one that has nothing to do with stringed instruments.

I want everyone to start listening to albums.

This is more radical than it sounds. I’m not talking about vinyl or suggesting a costly format switch.

I’m talking about listening to albums in the order they were released.

See, I’ve noticed in the past few years my iPod has surreptitiously turned me into something I’ve always mocked. I’ve become a greatest hits listener.

Listening to the greatest hits of any artist is the most superficial way to enjoy every artist. You miss context, depth and and the magnificence of what used to be something special back when people cared more about the music than the devices that play the music.

It used to be a real event when one of the great bands released an album, particularly what used to be called a double album. People would wait outside the old record stores while FM radio stations would play the entire album in order over and over again.

We became a nation of cherry-picking playlist listeners.

We don’t listen to albums. We listen to the songs we like from the albums we like if we bother to buy the album at all.

To my everlasting shame, that’s what I’d become.

I noticed this when I was trying to brainwash my little girls into becoming as musically tasteful as their dear old man.

I’d want them to appreciate Bruce Springsteen so I’d play them “Thunder Road,” but not “She’s The One.”

With the Stones, I’d play “You Can’t Always Get What You Want,” but not “You Got The Silver.”

The worst was playing them the Beatles. How can you play “Lucy in the Sky with Diamonds” and not play “She’s Leaving Home?” In fact, to sever any part of “Sgt. Pepper” or “Abbey Road” from the glorious whole would be like removing a limb from the Venus de Milo.

Well, one of the remaining limbs.

Then I began to realize how little I’m listening to albums in order.

This became apparent thanks to two artists who’ve released great sequential albums in the past months. They are Quinn Fallon and Tom Petty.

Quinn’s my buddy, the Columbus bar owner, about whom I’ve written so much it’s beginning to annoy mutual friends of ours about whom I never write a word (hello, Kyle Alexander!). But Quinn’s always newsworthy. His band, Los Gravediggers, is releasing a great new album called “Get A New Ghost.” He’s written several songs inspired by things I’ve said (see YouTube link below) and Stones saxophonist Bobby Keys has recorded with him.

How could I not write about a guy like that? In fact, I’d probably draw a more substantial readership if I changed my blog’s name to, “Eight Days To Quinn Fallon.”

And if you haven’t heard of Petty, just google “America’s greatest rocker.”

Both have said how much consideration they’ve always put into album sequence and how they should play the way a novel reads.

I realized with my shuffle, random and scattered playlists how much my listening habits had changed. When it came to music, I’d been guilty of disorderly conduct.

So I decided to begin listening to albums in order all over again.

Truly, listening to any of the great Beatles or Stones albums piecemeal is a sort of blasphemy. Same goes for Springsteen albums like “Born to Run” and “The Wild, The Innocent & The E Street Shuffle.”

Even better is it’s like being on a musical treasure hunt. My iTunes library said it’d been five years since I’d played “Caribou,” the mediocre ’74 Elton John set that includes two huge hits (“Bitch is Back” and “Don’t Let the Sun Go Down on Me”), and about four or five stinkers. Ironically, one of the unheralded good songs is called “Stinker.”

But there’s a dark gem on there called, “Ticking.” It’s a very disturbing, but a beautifully produced and moving song about spree violence from back when spree violence was still newsworthy.

It’s been a revelation to reconnect with albums like Van Morrison’s “Moondance,” Stevie Nicks’s “Bella Donna, Joe Ely’s “Letter to Laredo” or “Muswell Hillbillies” by the Kinks.

My musical conduct is no longer disorderly.

Plus, it freed my mind to think of more important things rather than what the next song’s going to be, if it’s going to be good or bad or if it’s one I’ve already heard about 500 times.

What Chris Rodell & Quinn Fallon have to say about each other (1:23 video)

Petty on vinyl & who’s better? Him or Springsteen?

For Boss fans only: A Springsteen retrospective

Email ThisBlogThis!Share to TwitterShare to FacebookShare to Pinterest
Labels: best albums ever, Get a New Ghost, listening to classic rock, Los Gravediggers, new ways to listen to music, Quinn Fallon, when music mattered