Dreamt I got a parking ticket (woke up pissed) 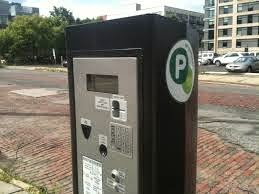 (733 words)
I woke up this morning with the memory of a terrible dream in my head. It wasn’t a nightmare. It was just really annoying.

I dreamt I got a parking ticket!

Yes, great men like Martin Luther King Jr. have dreams that all men will be judged, not by the color of their skin, but by the content of their character.

I dreamt I’d been wronged by the meter maid.

So I woke up all pissed off.

Those of us who pay to park probably do so legally about 80 percent of the time. We read the signs, pump the meter and race the clock.

But about 20 percent of the time we’re on the cheat. We play the odds. We see the meter maid down the street and figure we can get back before we’re busted.

Most of the time that’s just the way it works out.

Some of the times it does not.

And it’s infuriating. We plead for understanding. We make excuses. And it’s usually just a humiliating waste of time.

I’ve been issued scores of them, some of them for as much as $40, in downtown Pittsburgh where I often push the scofflaw envelope.

It’s in part because city parking meters have become so complicated. In fact, many true meters are gone. In their place are remote stations much less convenient than popping a quarter in a slot

I hate it, too, because the stations — if they’re even working — eliminate the joy of finding a meter with time to mooch. Now, you often pay for more than you need and the time you paid for expires. Both you and the next guy are screwed.

It reminds me of a favorite Henry David Thoreau quote about the how it is impossible to kill time without injuring eternity.

City parking authorities do it all the time.

Amazingly, small town Latrobe is at the vanguard of hassle-free parking.

We have a great smart phone system called Pango (Pay ’n’ go). It’s simple and fair. The system is available in 11 cities including Boston, Scranton, Alexandria, Va., and amazingly, Latrobe.

Too bad Pango wasn’t available in my dream.

I remember arguing with the stupid meter maid that no one was around, that I was on business, etc.

It was no use. The tyrannical old bitch still gave me the ticket.

You’d think the history of parking tickets would have begun with the advent of motor vehicles.

You would be mistaken.

It’s true, they began becoming a popular form of easy government revenue back in 1926 when vehicular congestion started becoming a problem.

I wonder if it was because, unlike tucking a ticket under a windshield wiper, there was no place convenient to put one on a pony.

If the revelation makes you nostalgic for the days when bucolic horses reigned, you haven’t thought it the whole way through.

Sure, cars are a major source of pollution, but so in their own way were horses. And say what you want about choking vehicular exhaust, you can’t step in big pile of smog.

Archeologists say the first evidence of parking restrictions were found in a dig near ancient Nineva, the 700 BC capital of Assyria. They say they found a sign that read, “ROYAL ROAD — LET NO MAN DECREASE IT.”

I wonder if they found the sign on a pole on a sidewalk next to an ancient fire hydrant.

From Wikipedia: “The penalty for parking a chariot on this road was death followed by impaling outside one’s own home.”

Even though the old laws had some inherent deterrents, I still imagine scofflaws were common. I mean for people in a hurry death and public corpse mutilation is only slightly worse than The Boot.

I guess the lesson is this: We should be grateful that parking tickets are merely a nuisance because the penalties used to be much tougher.

So, too, I guess, were the meter maids.

On death and dreams
Dreams: A tough day for racists
Posted by Chris Rodell at 1:27 PM