Random thots on baseball, racism, Ebola and one bad movie 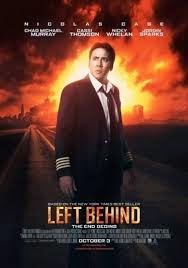 I’ll be appearing before about 10,000 people at Fort Ligonier Days in nearby Ligonier this Friday and Sunday.

For Ligonier, at least. It’s a huge weekend for the town and people come from all over to enjoy the fall festival.

My role is much more peripheral. I’ll be signing books and saying howdy on the sidewalk outside Second Chapter Books, 139 E. Main St. I’m flattered owner Laurie McGiniss invited me, along with a handful of other writers, to sign books in such a prominent spot on such a busy weekend. I have a family reunion on Saturday so I won’t be there for the busiest day.

So I’m besieged with various distractions so let’s take a scattergun approach to today’s post.

• Baseball is down to four teams and Pittsburgh’s not one of them. That means I need to concoct an artificial reason to root for a bunch of uniformed strangers who collectively earn as much as $500 million more than I ever will.

I like Baltimore, but lots of Baltimore likes Ray Lewis so they’re out. Kansas City is very appealing because they haven’t been in the playoffs for 29 years. So they’re my American League favorite.

In the NL we have San Francisco and St. Louis. I love San Francisco and have wonderful memories of honeymooning there. I really don’t have anything against St. Louis. They’re a wonderful organization and many of their fans devote their lives to producing malted beverages that make people like me happy. But there’s now video evidence that many of those fans are also bitter racists so I’m pulling for the Giants, with my heart hoping Kansas City wins the whole thing.

• Most of the current movies look too dismal to get me to go to the theater. Even “The Judge,” which looked promising, is out because majority reviews declare it mediocre. So, all I can do for Hollywood entertainment is read and share the hilarious slams witty critics are bestowing on “Left Behind,” the new Nic Cage movie, which is checking in at just 2 percent positive on review aggregator site Rotten Tomatoes.

For starters: Linda Barnard, Toronto Star, “Score one for Satan!”

• “Left Behind,” Martin Scribbs, Mixed Reviews, “I can’t wait for Nic Cage to explain THIS one to God on Judgement Day.”

• Still getting great feedback on my latest promo. People think it’s hilarious. There are three versions. This links to the 3:25 one, this to the jumbo 7:34 version. I’m hoping soon it starts getting rave reviews from the men and women looking to book entertaining speakers.

• I was having a bad day yesterday, filled with rejection and self-doubt. Then I got an e-mail from a guy I met briefly last year near the Luxor crap tables in Las Vegas. He’d enjoyed my book and e-mailed to say he’d referenced it in an interview that helped him land a job as a PR manager at the Wynn. I told him the only thing that would have pleased me more would have been if the interview had been WITH Wynn. But his story really turned my day around.

• “Left Behind,” Nell Minow, Beliefnet, “The movie is being marketed as ‘Christian Entertainment,’ but it does not qualify in either category.”

• “Many of us pray at night to God that he’ll do something to change the world, while going through each and every day ignoring the God-given powers we have to change the world.” That, I believe, is one of the most profound things I’ve ever written. I use the line in my talks to tell people how we can make or ruin anyone’s day with either a kind or slashing word. My Vegas friend’s note is a perfect example. Try it today with someone you know who could use an encouraging word. You’ll change the world.

• My decision to pass up the a chance to sell books on the busiest day of a popular festival in favor of drinking and farting with my cousins is yet another example of why I seem destined to be impoverished by my priorities.

• “Left Behind,” Liz Braun, Jam! Movies, “When you are following in the footsteps of Kirk Cameron, nothing good can come from that.”

• If the previous quote about God-given powers is, indeed, one of the most profound things I’ve ever written it’s only because the competition is so slim. I for years thought my most profound line was this: “I’m becoming convinced the greatest faith isn't the belief in God. The greatest faith is when Curly yells, ‘Hey, Moe! Hey, Larry! Help! Help!’ and believes the situation will actually improve.”

• “Left Behind,” Brian Truitt, USA Today, “‘Left Behind’ seriously could have used some divine intervention.”

• Being paranoid about Ebola is understandable. It’s scary. But right now the most sensible step most Americans can take to prevent the spread of Ebola is to donate to a worthy organization like Doctors Without Borders. The philanthropic is full of altruistic healers who are understandably paranoid about Ebola to ensure the  paranoia you’re displaying today will always be a silly overreaction.

• “Left Behind,” Bill Gibron, Film Racket, “(Ticket buyers) will be praying for salvation from this awkward apocalypse.”

• Interested in seeing a really funny movie that might have slipped under your radar? It’s “Enough Said,” with James Gandolfini and Julia Louis-Dreyfus. Val and I just laughed and laughed. It was wonderful. Rotten Tomato critics agree and gave it 96 percent.

• I wonder if what America’s top critics would say about my cheesy promo. I think they’d score it about 82 percent fresh, which is good.

• Stop by and see me on Friday or Sunday (not Saturday) at Ft. Ligonier Days! Buy a book. Buy two!

Don’t get left behind.