I look great! (and other hallucinations) 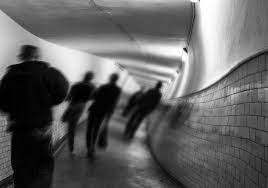 I’m beginning to wonder if I experienced my first Parkinson’s related side effect last month: my first hallucination.

If so, it was a cruel disappointment.

It’s said about 50 percent of PD patients experience some hallucinations. That’s not necessarily bad. For instance if someone told me I’d hallucinated the last two years, I’d feel great relief.

Not just for me.

For the whole planet!

I had a friend tell me you hallucinate what is most on your mind.

“For instance,” he said, “I’m having new roofs put on my buildings, so I started seeing roofers all over the place.”

How odd. Not the hallucinations. What’s odd are my friend’s priorities. He’s way too conscientious.

I figured for sure my hallucination would involve beautiful naked waitresses bringing me trays of Sprite and Christmas peeps.

And could someone please explain to me why peeps are seasonal when the world will be a better place when they’re customary year-round?

But my hallucination, if that’s what it was, was upsetting — and not for reasons that had to do with everyone being fully clothed.

I was led to believe a good friend of mine was dying of colorectal cancer.

It was at a Ligonier book signing. I was making small talk with a woman who mentioned she worked at a chain bank in Mars. Mars, by the way, was not part of the possible vision. There really is a Mars, Pa., which is, in fact, near Moon Township.

Now, if I were to say the woman ran the cash register at a hardware store near Uranus …

I asked if she knew my friend, one of the bank’s execs. He’s a great guy. Occasional golf buddy. Vivacious. She did.

“Isn’t that a shame with him? Such a nice man.”

“He has colorectal cancer. He’s got six months to live.”

Well, I was just devastated. Forlorn. Bereft. And when I get those feelings, there’s only one thing to do.

Break out the crayons!

Yes, if I want to make a real impression I write the person in crayon on my “Use All The Crayons!” stationery. I only do it if someone’s written a me a large check or been the recipient of a fretful diagnosis.

So if you receive a letter written in crayon prepare to either be profusely thanked or get busy updating your will.

I told him we were all praying for him, that his memory would live forever. I did everything but assure him we’d keep the creeps away from his widow for at least a month or two past his demise.

And, gulp, I told him I loved him.

It’s an interesting time for me and what I euphemistically call my “condition.”

I feel good and everyone goes out of their way to tell me to my face I look great.

They say it with such warmth and cheer I’m chagrinned no one noticed my looks back when I actually did look great.

My goal remains for me to appear symptom-free for so long the gossips will begin to suspect I made up the diagnosis just to get attention.

So I drop the letter off at the bank and who do I see strolling across the parking lot? It’s my friend.

And he looks great!

I hop out of the car and begin mumbling my apologies, my promise to pray and a respectful request that he gives me the snazzy putter he suddenly no longer needs.

He’s puzzled. There’s nothing wrong with him. He’s being honest. Just saw the doc. Clean bill of health.

So was it my hallucination? The woman’s?

For a man like me, it’s just so awkward.

And there we stood, a paunchy pair of aging, graying, increasingly decrepit old white dudes confronting our flimsy mortality.

Buy, hey, we both look great!

I’m not having hallucinations.