What will I call my "Tweets of the Month" when Twitter goes away? 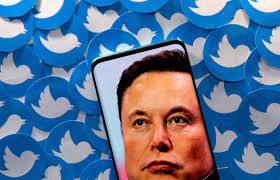 • Women age distinctly; men uniformly. As a woman ages, she becomes more individual -- her hair color, her laughter, her manner of dress -- all put her in sharp relief from other women. All men age the same. We lose hair, gain weight and generally stumble thru life w/ the bewildered expressions of men who mistake the sliding glass patio door for open and repeatedly slam into the invisible solid. If we lived to be 120, we wouldn't be able to walk 50 feet without someone confusing us for their Uncle Burt.

• We revel in the misfortune of less fortunate. We gloat when our hatreds provoke irrational acts. We care not who's killing whom as long as our pack can elude blame. I fear we're becoming a nation that behaves as if 50 percent of us were raised by wolves. The other 50 percent? They’d be the wolves.

• I live in a house with 3 sassy women. And I'm under a constant barrage by boneheads eager to engage me in provocative political and social arguments. I hold my tongue so much it's a wonder my fingertips don't have tastebuds.

• My father died in ’04; mom in ’17. Their memories flicker fainter each year for our daughters, 22 and 16. It’s a pity. I wish on their tough days they could recollect how the faces of these two people lit up when they saw their beloved grandkids — and stayed brilliantly illuminated whenever they were blessed to be in their presence. I wish I had a pill — just one pill — that would restore all our memories. Not of childhood, but of infancy, when our every expression, sound or gesture provoked pure delight. The pill would remind us of what perfect love, security and hopefulness feels like. One pill. One dose. I’d prescribe it to America.

• This is the time of year married men begin to envy leaves. Leaves get blown at least once a year.

• You can convert a home. You invert a fraction. You can subvert a good idea. You can transvert a landscape, and you can pervert an innocence wholesome and pure. Question: How come I’ve never seen, felt, heard, smelled or been invited to enjoy an illicit little vert. What is a vert? It can do so much yet it remains to me cloaked in mystery. Its humility may nevert be surpassed.

• Referring to men & women whose exercise goal is to strip their frames of any excess weight as body "builders" is fraudulent. They're not body builders. Now, me, I've spent the last few years adding enough closet space to my posterior it's surprising the township's not after me to staple a permit to my ass. Now, THAT's body building

• I realize the observation will cause some to think me ignorant at best, xenophobic at worst, but I was surprised to read Saigon has a thriving Chinatown neighborhood. Isn’t that like Cleveland having a busy Canadatown neighborhood? Sure, they’re distinct nationalities, but wouldn’t the differences be of interest to just a few anthropologists. It’s certainly an indication of the international popularity of the Chinese culture. It also has me wondering if most major Chinese cities have their very own Chinatowns or if that would take redundancy to absurd levels.

• That catbird means an advantageous position matters far less to me than the potential hybrid that results the day we mingle their DNA. Do you want as a house pet a cat that can fly or a bird that snoozes the day away cozied up on your lap? I'd go with the flying feline. And while we're at it, what would the titmouse look like if it looked like its component names?

• This is the time of year when I always begin to wonder if the nation of Turkey has a national bird. Could it be that obvious? Of course I'm the same guy who thinks a 3rd world African nation must have great take-out food just because the country's name is TO-GO.

• News that Buffalo is getting walloped with 5-feet of snow has me thinking that Buffalo should be renamed Uninhabitable. Even buffalo can't live in Buffalo.

• I know to some patriots the charge itself is practically seditious, but the Founding Fathers got it all wrong when they called the place where the legislative branch does business the "House of Representatives." It would make more sense to call it, "The Big Room of Morally Shady Mostly White Men Whose Positions Bend According to the Latest Campaign Contributions.”

• I understand the mostly snobby reasons it's never mentioned alongside classic scenes from "Godfather" or "Citizen Kane," but one of the most compelling scenes in all American film is the hanging of Jake Spoon.

• On this day we as a nation should vow to never again say Happy Veteran's Day until we're certain we've done everything we can to ensure every veteran is happy.

• I vow to never describe anything as being cute as a button until someone shows me an actual button that any reasonable observer would consider cute. Describing a button as cute is like describing a utility poll as charming. The two are functional and should never be considered "cute." 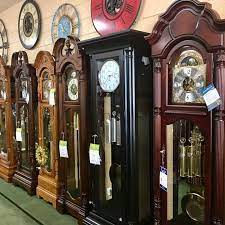 Posted by Chris Rodell at 11:09 AM No comments: