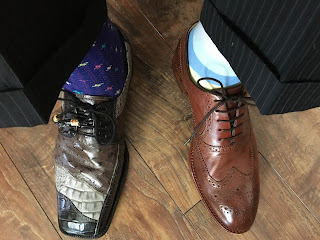 Posted by Chris Rodell at 10:27 AM No comments: 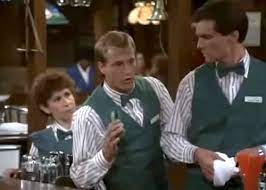 The Tin Lizzy is looking for a new bartender. Recent bartenders have moved on, are seeking greener pastures or, sadly, been summoned to that Great Last Call in the sky.

So they are advertising for a new bartender to run Flappers.

Frankly, I’d rather they look for an old bartender.

A good bartender makes the drink, sets it down and moves on without comment to the next thirsty customer.

The upscale cocktail trend has new bartenders taking forever to construct complicated drinks. Then they just stand there and wait to bask in customer ovations in appreciation of their drink-making skills.

It has me nostalgic for the bartender we all called “Angry Bill.” Note: The nickname was not a result of subtle irony. This was not a case of calling the fat guy “Slim.”

He showed up incensed at having to schlep drinks and his anger only deepened when drinkers showed up expecting a good time.

A typical greeting was, “Hello, Dickhead. Don’t plan on staying long. We’re closing in 45 minutes then you can go home and do your wife a favor and screw your poodle.”

The only time I’d see him approach gleefulness was when one of his luckless patrons either lost big on a bet, got publicly embarrassed by an ex-wife or he overheard anyone expressing a kind sentiment that opened the door for him to interrupt with a “Brokeback Mountain” joke.

He was one of my all-time favorite bartenders because after spending an hour or two with someone so misanthropic, so antithetical to our common humanity, I’d toddle out of the bar feeling better about myself.

If I could get along with Angry Bill — and I truly did — it meant there was hope for liberals and conservatives, Jews and  Arabs, Pirate fans and Pirate owner Bob Nutting.

I know. That third one is a gross exaggeration of a preposterous impossibility.

New bartenders labor under the delusion that it is their job to make people happy.

It is their job to make people forget just how unhappy they are.

The new bartender encourages drinkers to rejoice, make merry, to opine and banter.

The only time an old bartender wants customers to open their mouths is when they’re sucking down hootch.

For example, I remember the time when a trio of younger drinkers came into the bar during Angry Bill’s afternoon shift and proceeded to begin ordering labor-intensive drinks and laughing uproariously like the good times were never going to end.

To their credit, they realized they were out-of-place, that their raucous behavior was ill-suited to a tavern where the regulars mostly kept to themselves and the only sound was that of arteries hardening.

The ring leader summoned Bill over and asked, “Is there somewhere we can sit where we won’t bother your regulars?”

It was like Bill had been waiting all his life for that question from these guys.

Racers is a  competing bar that’s about a half-mile down the road.

Posted by Chris Rodell at 8:57 AM No comments: