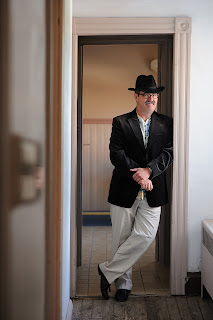 I think the reason many writers disparage twitter is because they’re not that good at it. They’re incapable of the little bursts of wit it requires to reliably compose something funny or insightful. Maybe twitter isn’t for people who aspire to compose soaring literature; maybe it’s for people who aspire to compose fortune cookie sayings. Either way, I enjoy it and was bummed the last three months when my @8days2Amish twitter mojo seemed to have vanished.

So I’m happy to report the mojo is back. I had a bunch of good ones this month. I seem to have found my groove again. See if you agree — and have a magnificent weekend!

• As long as there are bugs/heat/noise, eating outside will always be overrated. In fact, outside is the reason years ago man invented inside.

• My soul aches for those who live under tyranny, but I feel even worse for those who reside in places so remote they can't get decent pizza.

• Because of the blatantly exclusionary composition of the mythical unit, I propose we henceforth spell harem, "herum."

• I’d like to see a movie about 13 WWII badasses freed from prison to bake cookies. It'll be "The Dirty Baker's Dozen.”

• I’d like to see a rock game show with Mick & Bruce that asks, "Who can say, 'Are you ready to rock?'" in most foreign languages.

• I’m petitioning to get the town name changed to Thebutt because it'd be funny to hear newscasters say, "A man was shot in TheButt.”

• ”Last Baby Boomer" earns another 5/5 star review. So if you had me in your Rotisserie Author League you owe me a beer.

• The idea of car pooling the kids to swim practice strikes me as redundant, but maybe I'm just too literal.

• Confidence is being 76, looking like this — Roger Ailes — and thinking, yeah, women sleep with me because I’m just so damn sexy.

• I’m fearful I'm no longer as cool as I used to be. Should I consider hip surgery?

• People who worry excessively that their spell checkers are broken are typochondriacs.

• Try on this day to realize how much more beneficial it'll be to whenever you fixate on your smartphone to instead fixate on a loved one.

• I’m so convinced I'll 1 day die of random gunfire I'm thinking of getting a bullseye chest tattoo just to give the morgue folks a good story.

• I have always resisted vasectomy on grounds every male may one day die & it'll be up to me to repopulate planet. Am I optimist or pessimist?

• I wonder if fruit flies ever tire of their holier-than-thou diet one day just say, "Screw it. Tonight I'm having cheeseburger!”

• Anyone know if the police have ever charged The Energizer Bunny with battery?

• I hear in my mind every single time I pass through sets of sliding glass doors the theme from "Get Smart." It buoys me.

• Huge faux pas with a friend I hadn't seen in years. Asked when the baby was due. So embarrassing. Not sure Burt'll ever speak to me again.

• Scientists declare earth is 4.54 billion years old. My question: when is it's birthday? Earth Day?

• The easy way isn’t always the right way, but it’s always easy and that’s alright with me.

• The song "Still Crazy After All These Years" would have way more musical validity if it'd been written by Ozzy Osbourne.

• Daughters incredulous that there's a man whose name is pronounced Dick BUTTkiss and no one's ever made fun of him.

• I wonder if pot-bellied pigs feel no incentive to endure meaningful exercise.

• Because I'm reluctant to do anything that might contribute to drastic climate change, I'll no longer sign off notes with warm regards.

• I’m so non-violent I refuse to tell jokes that include punchlines.

• The idea of a stairway to heaven is ingrained in our collective psyche, but if there isn't an escalator, geez, my Mom ain't gonna make it.

• Your life will be more fun if you don't judge new friends on their virtues, but instead on their potential compatibility as cellmates.

• Bruce Springsteen has money, adulation and legacy. Yet he still suffers from depression. Only thing I can figure is he's never seen The Muppets.

• If Tom Petty was starting out today guaranteed some record exec would insist he change his name to Tom Magnanimous.

• No wonder the world is such a mess. The place is bi-polar to the core.

• Perhaps the word "plans" is an acronym standing for "Purposeful Lists Amounting to Nothing Special.”

• Daughter, 10, expressed frustration our canine can't yet be considered a watch dog. Told her to give it time.

• The fact is repugnant to animal preservationists, but at one time someone some where said: "Try this. It's delicious! It's panda!”

• All global warming solutions are earth-centric. I propose we cool the sun. Can someone calculate just how much ice we're gonna need?