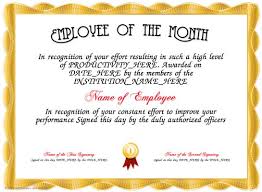 This will come as a blow to those of you eager for my existential stability, but I’m bailing on the only real job I’ve ever had in 24 years.

It may help soften that blow to know it was all make believe.

She has dementia. It seems to be getting worse in the last month since we took the necessary step of moving her from Pittsburgh to Latrobe. She’s now in a marvelous independent living place, but we see her every day, usually when we bring her home for lunch or dinner or just hours sitting on our porch overlooking the woods.

I know so many children of aging parents who have it far worse.

The thing with dementia is you don’t know how it’s going to play out. She’ll be 84 in December. Her father lived to be 97.

I do the math and, man, I hate doing the math.

Took her to the doctor last month. He pronounced her in excellent health.

All my petty complaints lead to momentous bouts of self-loathing because I know I should be celebrating her. But her memory is shot and I fear a future where a good son is supposed to answer the exact same question honestly about 20,000 times.

“If you had your life to live over again, what would you do differently?”

The reason that one gets to me is because I’m always asking myself the very same question at about precisely the same intervals — and I’m supposed to be the rational one!

It’s just not the kind of philosophical nugget about which to banter while waiting for the traffic light at Sheetz to change.

So a while back I started giving into fantasy answers.

“I would have pursued my dream of driving an ice cream truck.”

“I’d have told Val about how much I enjoy wearing her frilly summer dresses when she’s not around.”

Does this make me a bad person? She didn’t remember one lie from another and it keeps me from dying of exasperation.

What’s odd is the only one she remembers is the one I told her about working in the hardware store. She responded so positively to the lie I thought, yeah, what the hell, I’m taking a pretend job there.

I began making up richly detailed stories about the regular hours, the co-worker camaraderie, and how the price of lumber was playing havoc with the profit margins.

I was really enjoying it. It felt great to be part of a team. The lie became a big part of our time together, and I knew she was telling all her friends about my new career. And, boy, you should see the wistful look on Val’s face whenever she brings it up.

And she brought it up all the time.

It became a real grind, albeit in an imaginary way. I started bitching about the hours, the tyrannical boss and how tired I was of coming up with a new acceptance speech for the seven consecutive employee of the month awards I’d earned.

So last week I told Mom I’m quitting and never going back.

I suppose it’s natural to self-demonize when you behave less than saintly towards the woman who gave birth to you. In the eyes of many, I’m something of a model son.

But it’s difficult treading the thin line between her elusive sanities and my very own.

For the sake of our children, I try and do it with playful and, I think, harmless humor.

Still, she seemed so disappointed that I quit something that seemed so stable and promising, I had to lie about my prospects.

I only hope Val doesn’t mind I’m planning on pulling together my uniform from clothes on her side of the closet.