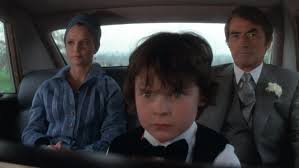 I don’t think my elderly friend was expecting the kind of mass reaction he got when he made a tender confession about the tears he shed years ago when he was sent off to school.
Monday was the first day back for our area kids and me and the local inebriates were sitting in the bar reminiscing.
It had been a sad, difficult adjustment for old Joe.
“Oh, I cried like a baby,” he admitted. “I’d had such a happy childhood and just loved being home and playing all day, just me and my Mommy. Then they told me I had to go to school. Broke my little heart. I must have cried the whole first week.”
He may have expected us to sympathetically pat him on the back and say, “There, there,” but that’s not what happened.
Instead just about everyone in the bar burst out laughing and began viciously mocking this 78-year-old Air Force veteran.
“Oh, Mumsy! Please don’t make me go! I want to stay home and play dress up!” was one typical jibe.
It was all very cruel and profane.
He’s my friend and I realize, yes, I should have defended him. I should have said his was a perfectly common reaction and that the guys should lay off.
But every once in a while it’s good fun to just pick up the pitchfork and join the mob.
Mine might be the last generation that finds bullying a socially acceptably means of achieving WASPy conformity so I just let him have it.
I called him a baby, said his resistance to primary education sure explained a lot and mercilessly ridiculed him until he shuffled off to a corner table where he spent the next hour stirring his tequila and tonic and softly weeping.
The other men were mean.
Me, I was worse.
Because I was mean and hypocritical.
Seconds before the avalanche of taunting fell on my defenseless friend, I was struck by a recollection I’d long suppressed.
I had a week-long tantrum when they sent me to school.
Joe made it sound like his was a good cry followed by grudging acceptance.
Me, I thrashed, screamed, railed, threatened, lashed out and made the school nurse seek the kind of mental patient restraints that would have even back then brought ACLU scrutiny.
The most apt analogy I can share was I acted like Damien did in “The Omen” when Ambassador and Mrs. Robert Thorn tried to drive the son of Satan to church.
I remember how distraught poor, sweet Miss Thatcher appeared at her first grade failings to calm my tantrums.
It’s a real pity, too, because even though she’d yet to teach me a lick of basic math I could tell even then she was a 10.
I’d forgotten all about that.
I’d say the tantrums lasted about a week and that would in a way be accurate. I eventually stopped resisting and fell in line with my fellow morons.
In fact, my resistence lasted 12 years.
I never, even when I was a squirt, was comfortable with the idea of compulsory education.
Understand, I came to thrill in the idea of education. I truly love the recollection of the times when like lightning I was struck with an understanding of what had previously been incomprehensible.
It moves me still.
I guess it was the compulsory part that got to me.
I hated being told what to do.
Still do.
That might be one of the top reasons I’ve been so lavishly unemployable for lo these 23 years.
I wonder how much taxpayer dough is wasted trying to educate incorrigibles like me and Joe.
Maybe we’re going about it all wrong.
Maybe we should let children decide when they’re ready for structured teaching; take the compulsory out of compulsory education.
That way we could learn when the essential hunger is there. At 52, it’s a hunger I now feel every day.
Maybe I should go back to school now. I’m not talking about college.
I’m talking back to first grade!
I’ll bet Miss Thatcher’s still pretty hot.
At least for a woman who’s probably now about 75 years old.