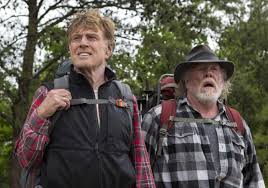 Chris ... you must mean "The Walk", not "The Wire".
Finally fingered that out after searching everywhere and only finding the tv series.

Fun and charming... With tense family dysfunction. Sounds like you are describing Ligonier instead of the movie,Chris.

Ha! I'll use that when I revisit the movie near Christmas. Thanks!