America needs a pope of its own 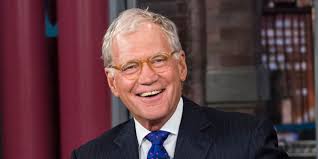 The tour de force Pope Francis visit was such a wild success it has me wondering why we in America don’t have a pope of our very own.
I’m thinking David Letterman.
Didn’t you feel better about humanity this week knowing it could still produce at least one prominent man or woman capable of speaking simple truths in simple sentences?
The reaction to his congressional address was especially telling. Did you hear them react when he gently admonished members it might be beneficial to practice the Golden Rule?
You’d have thought he’d have just shared with them an alchemic formula on how to turn acorns into diamonds.
They went, er, nuts!
Need a refresher? Here you go . . .
“Do unto others as you’d have others do unto yourselves.”
Maybe we should skip the next presidential election and send all our politicians back to kindergarten.
He reminded those of us who don’t have shareholder stakes in Native American casino riches, “We, the people of this continent, do not fear foreigners because at one time most of us were foreigners.”
I think that’s the line that caused Trump to strike him from VP shortlist consideration.
I couldn’t help but wonder how Pope Benedict felt about all the adulation we bestowed on his successor.
I have to think he’d be at least a bit morose. Benedict was a fine pope, sure, but Francis is a rock star, albeit with nuns instead of groupies, to use just one example.
It’s human nature to not want your successor to outshine you. I imagined he was in some Rome bar telling girls, “Big deal. You know, I used to be pope, too.”
Really, the man Francis most reminds me of is Fred Rogers.
He said the same things Francis says — be kind, be faithful, be generous, be fair, be not afraid — to children.
Francis was saying the same childish message but was directing is straight at increasingly childish adults.
Today, we no longer have Fred Rogers.
Today, we have Kanye.
I think that’s why the pope’s visit was such a sensation. He told us all the things that have been in our hearts all along, stuff that just gets buried beneath all the unseemly clutter of trying to survive.
Still, I can’t help but wonder how long the message will stick before it’s drowned out by shrill din of our ever-coarsening society.
That’s why I figure Letterman might be a good choice for American pope.
He’s funny, has sensible Midwestern values and can be profound without being complicated.
Sure, he’d have some concerns about that silly papal celibacy rule, but there’s no need to enforce that for a secular sort of pope.
But we need someone who can every once in a while do like Pope Francis did: just come out and remind us it’s okay to be kind, to be good, and to treat one another with love and understanding.
Maybe what America needs today isn’t a pope, but a parent, someone to remind us how civility suits us. This might be especially salient during the presidential primary season.
Let’s be thankful for this great pope’s message and let us try and keep it alive and pass it on to our children.
And let’s be grateful this well-meaning idea for a selecting a secular pope didn’t strike us back when Bill Cosby would have been the perfect candidate.

Related . . .
Pope retiring! To do what?
The papal butler did it
The Pope & The King (Happy Birthday Elvis!)
Bird watching in Mr. Rogers Neighborhood