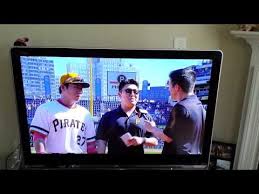 Many loyal fans felt sentimental thoughts about a South Korean gentleman when our Pittsburgh Pirate clinched their third straight playoff appearance yesterday.
Me, I thought about two of them.
Of course, it was sad to realize our star infielder Jung-ho Kang wasn’t in the lineup for the victory and subsequent champagne celebration.
A superstar in the Korean Baseball Organization, the Pirates signed him last winter, a move that was greeted by disdain from those who didn’t think his skills would translate to American ball — not to mention those xenophobes who think Trump should build a wall between Korea and California.
Oh, how wrong were the skeptics. Kang’s became a fan favorite for his skills and demeanor.
Val and I were at the game last week when his season cruelly ended. Chris Coghlan of the Chicago Cubs made an aggressive slide into Kang to break-up a surefire double play. It broke Kang’s leg and tore some of the muscles with names too Latin for me to try and spell.
Many Pirate fans were outraged. They said the slide was dirty. They said Coghlan was deliberately trying to hurt one of their rival’s stars.
Kang said they were wrong. He said he forgave Coghlan. He said it was a clean play. He said he thanked the fans for their support.
Actually, he said none of those things.
We’re told through his interpreter, H.K. Kim, he said those things.
And that’s the man for whom I feel even greater empathy than Kang.
See, Kang is enjoying the fruits of an $11 million, 4-year contract. He eats at the finest restaurants and is enjoying the most posh care imaginable.
Kim? I had to look up his name. Most stories don’t even mention him. It’s simply, “Kang said through his interpreter.”
It’s like a story about Batman that doesn’t mention Robin.
I think Kim had the best gig in baseball.
One story said his duties were “to assist Kang with his life inside and out of baseball.”
Given Kang’s paycheck, that’s a lot of latitude. He could be Kang’s food taster, pimp, financial adviser, dog walker, butler, caddy, mystic, chauffeur, etc.
Plus, I’ve always dreamed of having the god-like power of any interpreter.
If Kang was feeling down after a crucial strike out and the fans were mercilessly booing him, you could say, “They’re saying ‘Cheer up. We still love you!”
Kim has a vested interest in ensuring Kang enjoys having him around — and that he never learns a lick of English.
I’ve been interested in being a baseball interpreter ever since I heard the first thing Seattle Mariner teammates taught Japanese import Ichiro Suzuki to say in English was — and I’m going to sanitize this — “Kansas City in July is hotter than two rats making love in a sock.”
Imagine the bar stories you’d have for the rest of your life.
I thought about calling Pirate media relations about interviewing Kim to learn his plans now that his clubhouse neediness has been greatly reduced, but I know how that conversation goes:
“Your blog is called what?”
“It’s Eight Days To Amish.”
“What do you write about?”
“Well, I recently wrote about my theory that we could cure global warming by everyone simultaneously leaving their refrigerator doors open for an hour a day.”
“What else?”
“I wrote about how the world today would be different if Noah’d had a fly swatter on the ark.”
Click.
So I guess we’ll never find out about the ambitions and pastimes of the mysterious Mr. Kim.
He’ll be gone and one of the great stories of the year will have gone mostly untold.
Of course, I see an opening in his departure.
Kang may learn English, but none of yinz’ll ever get fluid in Pittsburghese.
I guess the best we can hope for is Kim eventually finds something as satisfying, that Kang heals and that the Pirates start getting hotter than two rats making love in a sock.

Related . . .
Mandela funeral: A babbling tower of sign language
The Pittsburgh Pirates and the KKK (not those ones)
The Bucs, the duck and playoff baseball in Pittsburgh
The man Maz made a Communist
I hope I don’t die when the Pirates are winning and I hope the Pirates never lose


Foul balls and the Baltimore riots