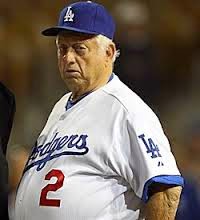 “Lola,” “You Really Got Me,” 20th Century Man,” — I’m one of those guys who loves The Kinks so much he doesn’t believe his life would be any better with any additional kinkiness.

Especially in the bedroom or wherever the situation arises.

It arises in other places, certainly, but inquisitive children and prudish sensibilities limit the recreational possibilities.

If you’re a fan of the wild sex in “50 Shades of Grey,” then you’re probably not going to enjoy today’s post.

You’ll be disappointed because  . . . I’m going to talk about MY sex life!

The Kinks, in fact, have a typically sarcastic song about the phenomenon. It’s “Give The People What They Want.”

That’s sort of what author E.L. James did when she wrote the book that’s all about sex. Her defiantly monochromatic book is right now ranked #4 on Amazon. I don’t know what 3, 2, and 1 are, but I have to figure two of them are books by John Grisham and the other is The Bible.

On the other hand, my book, which metaphorically advocates using every single color, is 1,197,543 spots behind hers.

Every time I see my book ranked that high — it’s been as high as 2.9 million something — I become awed that so many people have written so many books and that apparently 2,899,999 of them are better than mine.

Maybe my next book should be “Use All The Sexual Positions!” I could fabulate Zeus-like tales of my amorous bedroom adventures.

But I fear I’d have to find a cheap ghostwriter.

I wonder how a book about my sex life would sell and to what elaborate lengths I’d have to go to keep my wife from knowing it exists.

Imagine the eagerness with which your spouse would read a book you’d written about your monogamous sex life.

The Valentine’s Day book about my sex life would be short and sweet — and please don’t infer by using that cliche I’m making any sort of embarrassing confession about length.

Books and movies like “50 Shades” prey on our fears that everyone else is getting more and better sex than the rest of us.

That makes me what you’d call a meat ’n’ potatoes sex guy, but without the meat ’n' potatoes.

And, man, that’s always been plenty good enough for me.

I’m from what I guess you’d call the Tommy Lasorda School of Sex — and I assure you that wasn’t an easy sentence to type. The rotund former Los Angeles Dodger manager is to sexiness what Kanye is to awards show decorum.

But I think Lasorda had it right when he compared sex to pizza.

That’s the way I feel.

We parents of teenagers are rightly supposed to teach our children that sex, especially pre-marital sex, is bad, dangerous, sinful. It can damage you.

It hasn’t happened yet, but I’m going to have trouble reconciling that wise admonition with the fact that probably five of the 10 best times I’ve had on the planet have involved some soulful screwing.

It’s why what seems to appeal to so many people about “50 Shades” doesn’t appeal to me.

I’m not interested in role play, spiked accessories or leather bondage. I’ve no kinky passion to suspend Val from the ceiling and give her a really good whipping.

I do know, however, that the longer this goes on the greater the likelihood she’ll want to do just that to me.

So I’m going to stop now and wish you all a Happy Valentine’s Day.

I hope you and your loved one get to enjoy whatever intimacy is mutually pleasing within the safe confines of the law.

And if you find yourself alone this weekend, I suggest you rent a happy movie and stay in and order a pizza.

See, the other five best times I’ve had on the planet have involved really good pizza.