My blog is banned in China. I can't believe it either 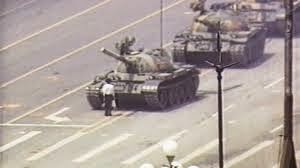 Unless the most oddly motivated rebellion in history is about to take place, my potential readership just took a 1.357 billion people hit.

I’ve been banned in China!

It feels odd being banned in a places where I’m mostly ignored, like being rejected for romance by girls I barely know.

So it feels a bit energizing because to be banned one must first be noticed.

I’ve been so long ignored that to be banned makes it feel like I’ve arrived.

It’s all there on the blog’s “stats” audience page. The page shows a map of the world that purports to know the national location of each reader.

I’ve always browsed it with interest. It’s not at all unusual to see a surge in a one nation or another and that always gives me a thrill. Just last week, this audience page showed more than one hundred people from the Ukraine were simultaneously reading my story about Bob Dylan singing Frank Sinatra songs. The page shows I have 4,698 Ukrainian readers. They’re inexplicably in my top 10.

If I was smart I’d start sprinkling every post with pro-Ukraine nationalist propaganda mixed with Dylan/Sinatra references. But that kind of niche targeting might backfire and pretty soon I’d have to rename my blog “Eight Days To Kiev.”

The top five populations reading my blog, in order, are: United States, Russia, France, Germany and United Kingdom. The second five until about two months ago were the Ukraine, Canada, Poland, the Czech Republic and Belgium.

Then about two months ago I began to see a steady surge or readers from the People’s Republic of China.

I’d had a humble scattering of readers there before and was always pleased enough to notice.

Then back before Christmas the readership began to build. No matter the topic, I’d see another 30 or 40 readers each day.

Soon the Chinese had overtaken the Dutch, the Czechs, the Poles and were gaining on the complacent Canadians. It was like they were out to conquer the world and were test driving their imperial ambitions on my blog.

Stats showed China had become my eighth most sizable readership with 3,724 readers.

Now, I understand that represents roughly .0000000000000000001 percent of the entire Chinese population, but let’s stay positive and focus on trends.

I was spiking in China.

Then one day last month it was like someone had shut off a spigot. Overnight, my Chinese readership dropped to zero and zero is where it’s remained.

The drop coincided with news that the Chinese government was installing new firewalls aimed at rebuffing offensive or dangerous internet content.

I tried to think if I’ve ever written anything hostile to China and came up blank. In fact, all I could recall writing was how much I enjoyed the ‘08 summer Olympic games they hosted.

Then I wondered if it was maybe one faceless functionary who’d taken the censorship decision on his or herself.

Maybe he or she’d read something I’d written about another repressive entity, one that selfishly believes it’s above the law and has vowed ruthless activity in achieving its immoral goals.

Maybe he or she is a Patriots fan and read what I wrote about Bill Belichick.

I don’t presume to think students will be massing in Tiananmen Square in protest, but I know if I woke up one morning and was arbitrarily denied access to a pleasure as minor as this blog I’d be truly pissed.

I’d be like, “Okay, you’ve restricted my speech, restricted my religious rights and your intimidators monitor my kid’s teacher to ensure ideological indoctrination. And now I can’t even indulge in the pointless apolitical musings of a bar stool philosopher whose greatest contribution to modern discourse is a slim book that includes the word ‘crayons’ in the title?”

Me and my blog may not be powerful, but the tools I use to promote it are powerful indeed.

We’ve already seen evidence of how short the shelf life of oppression is in the internet age.

So, go ahead and indulge all your petty tyrannies. Revel in your despotic rule.

You may wake up one day and find yourself eight days from something a whole lot scarier than Amish.

This blog a Pittsburgh “Best-of.” No kidding!