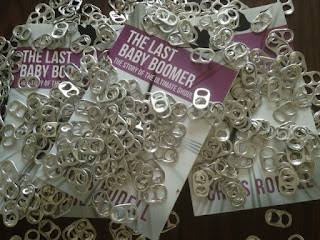 It is said great satire doesn’t mimic the times, it predicts them.

I wrote the following “Last Baby Boomer” excerpt in 2004. It’s about how minor TV star used a progression of popular sitcoms to in 2032 become president. It would, ahem, be unseemly for me to declare its greatness.

But I have no problem letting another 5-star amazon review do it for me. It’s at the bottom.

I think the excerpt is a good example of what has so many people talking so positively about my debut novel.

This excerpt is preceded by the depiction of the ballyhooed Times Square launch of the $1 billion ghoul pool just as it begins to grip the whole manic world.

Marty McCrae felt a gush of gratitude when the nightmare ended and Buster agreed to let him take a robust blast of booze while leading him to the convertible that would whisk him to where he was destined to spend his final days on Earth. The posh new Lucius B. Bolten Museum had been selected because the Bolten was a lasting monument to the excesses of the Baby Boom generation that had elected a beloved sitcom actor president. Bolten, who’d never even bothered to run for office, was elected while doing a sitcom in which he portrayed a candidate running for office.

This was a fitting career trajectory for an actor that voting viewers remember as having been a conservative young man growing up in a wacky family. The role showed him as an informed youth unafraid of tackling tough issues. This scored well with voters. Then, logically, he played a political consultant with a wacky cast of office mates with whom he helped run New York. From this, voters inferred he had hands-on practical experience with the nitty-gritty of local government that would keep the streets safe and clean. As he matured into adulthood, the still youthful-looking actor played, in succession: an ambassador to a wacky banana boat republic; a junior senator from a leading dairy-producing state with a cast of wacky talking farm animals; and finally, as himself, he played a presidential candidate grappling with the tough issues in a campaign dominated by wacky voters.

The show was so successful and the candidate, at least in the minds of viewers, so qualified that no one was surprised when Bolten’s name showed up on ballots nationwide and the popular actor was soon ushered into the White House in the landslide of 2032. Everyone was satisfied with the outcome, until the premise for the show shifted from the campaign trail to the White House. Poll numbers dipped until Bolten, who saw no reason to step down as the show’s executive producer, appointed a wacky talking cow as Secretary of Defense and had it declare war on a wacky banana boat republic, which was a huge ratings success and led to Bolten’s reelection in 2036.
So it made perfect sense to lodge McCrae in the Bolten penthouse gallery at the namesake museum that had become the nation’s attic for all things Baby Boomer. When the baby boomers began to die, their descendants willed their vast collections of Brady Bunch lunch boxes, Star Wars action figures and vinyl LP folk art to the Bolten Foundation.

McCrae was willing himself.

Think you’d enjoy more? Sample chapters can be screened at www.ChrisRodell.com. Already convinced? “The Last Baby Boomer” is available at amazon; signed copies for Christmas gifts can be ordered through me.

“Hilarious satire, absurd humor that pokes fun at everything. Clever plot, and Rodell keeps it going at a very fast pace with one hilarious observation after another. The book had me laughing out loud the whole way through, yet there were a number of very profound messages. McCrae is so likable and we can all find ourselves identifying in at least one minute of his very long life. I saw myself in the book many times, either as the wise and wiseass McCrae, or as one of the targets of his and Rodell's wickedly funny humor. I highly recommend this book to anyone who loves satire. (Hollywood please note: It would make a great movie starring Bill Murray as McCrae.)”