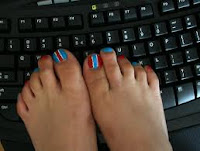 I get excited putting together story ideas in the hopes they will earn assignments that will allow me to engage in something fun and lucrative.

It’s always been that way with me.

It’s kind of like the hour spent preparing to go out on a first date. I never thought, man, this night’s sure going to suck.

No, I thought I could very well be on the verge of a night that’s going to change my life. This could be the girl of my dreams. Maybe she’ll laugh at all my jokes, think going Dutch is progressive, and confide she and a friend were engaged in a high-stakes wager over who’d be first to lose their virginity.

That it never once happened like that didn’t scare me off first dates. No, I persevered until I found a tender woman who changed my life, was amenable to occasionally going Dutch and took the intimate steps that finally made a real man out of me.

My story idea heyday was back in the 1990s when I did more than 1,000 swashbuckling features for National Enquirer.

I subscribed to 10 daily newspapers from all around the country. Everyday, I haul the pile from the post office to the dining room table. Then I’d crank up the tunes and scan the daily news from cities like Cleveland, Minneapolis-St. Paul, Denver, Memphis a few others looking for odd-but-true features worthy of America’s most notorious scandal sheet.

It was great fun and there was guaranteed to be at least one story the stack like one about the 12-year-old girl who broke into an animal shelter to recover a collie the dog warden had snapped up.

These days my earnings-per-story are no where near that princely sum, but the comparatively meager pay is offset by enhanced journalistic integrity.

And it’ll be a happy day when the folks at Visa and Mastercard begin accepting that quality in lieu of cash.

I’d sent a snappy batch of leads to my msnbc.com editors earlier this week and yesterday came the e-mail detailing the results: three approved, seven rejected.

I’ll be doing stories about a spectacular new walkway beneath the New River Gorge Bridge in West Virginia, a posh spa experience at a fancy Manhattan hotel, and one about a Chicago hotel renovation. I’ll do all these shorties by phone.

Rejects include one about “A Christmas Carol” being performed at Ford’s Theatre, a whale watching expedition from Maui and an anniversary involving Fallingwater, Frank Lloyd Wright landmark not far from my home.

I guess the defeat that most chagrins is the one about a 24-hour hardware store, “The Nuthouse,” in Manhattan’s funky East Village. I was hoping an assignment would allow me advise people on where to go in NYC when it’s 4 a.m. and they’re looking for a really good screw.

The rejections shouldn’t surprise a scarred old veteran like me.

I’ll never forget the time I thought I’d found the perfect Enquirer feature about an armless woman from Des Moines. The story related about how a birth defect hadn’t hampered her one bit as she charged through life.

It had all the plucky elements. She was a mom. She cooked, cleaned and changed diapers -- all with her feet.

These facts all had me tingling, but it wasn’t until I got to one paragraph deep in the story about how she managed to type 30-words-a-minute with her tootsies that I believed I’d hit paydirt.

I figured it was the kind of story certain to earn me $1,000 and make news all around the country.

Two days passed and the editor hadn’t responded. I finally called him to ask when I should begin.

I guess this is as good a time as any to share some of the recent stories I’ve done that have made it over all the hurdles to publication.

And you know something? That old Enquirer editor was right. Thirty words a minute isn’t that fast. I could do that standing on my head.

I guess being in that position would leave me no choice.

Dig this! Treasure tourists seek riches -- People are panning for gold and digging for diamonds on vacations, and some of them are getting rich.

Binion’s Horseshoe reaches 60th year on more than luck -- If I were smart, I’d stop chasing meaningless travel stories and write a book about Benny Binion and his impact on Las Vegas. I’m not smart. Binion sure was.

Maui resort marks 20 years with 20 hand massage -- This is the one that got me a guest spot on the most popular radio show in South America.

Six songs about six cities -- This current feature is stirring up some fun comments. My favorite from a “Dhearsch:” “Wow, what a weak contribution. How did you settle on these gems without rounding it out to a top ten, or even taking the extra three minutes to make it eight? Detroit Rock City, My Kind of Town (Chicago Is)? Way to suck the internet up just a little extra @Chris Rodell!”

In fact, he or she is right on the money, what little of it there was. I thought 10 would take me too long. So after hearing the song, “Do You Know The Way To San Jose,” I thought a story about songs about cities might make a nice feature. I settled on six because it could be done quickly and because I like the alliteration of “six songs about six cities” better than any of the numeric alternatives.