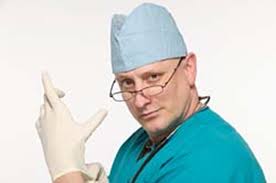 Sorry to start your week off with a riddle, but what begins at the bottom, has 5 feet, and ends back at the beginning?

A Monday blog about your colonoscopy!

Then someone somewhere soon is about to advise you it’s time.

It could save your life. The procedure can both detect and remove pre-cancerous polyps that kill 51,000 Americans a year. That’s a tragically high number for something that could be so easily preventable if only we all agreed to take some common sense precautions.

Of course, it’s only ballpark 10,000 more annual deaths than those 40,000 poor hapless bastards killed by all-American gun violence and no one wants to do squat about that so big whoop.

Speaking of squat, colonoscopy patients should be prepared to do lots of that. They make you drink a diabolical solution the day before to make your gastro-industrial tract clean as a whistle, albeit a whistle no sane person would ever wish to blow.

Why all this talk of colonoscopies when I had mine done, oh, about three years ago?

I recently had to take a loved one in for hers. Patients are highly medicated for 24 hours so now we know just what it takes to get me to be the designated driver. So I’m sitting there all sober and observant and I was struck by how factory-like this procedure has become.

There were maybe a dozen in the waiting room and one after another they just kept coming.

To further the proctological factory analogy, it was a real ASS-embly line.

Being there amidst so many anxious patients, had me recalling my own experience. What do I remember most? I remember thinking anti-drug crusader Nancy Reagan was wrong. Drugs aren’t bad.

Drugs are terrific! Who knew having 5-feet of apparatus surgically shoved up your rectum could involve so much euphoria?

I’ve since heard an unverified bar chatter that the drugs they use to put you out for the colonoscopy are the same ones King of Pop Michael Jackson OD’d on.

It seems all too convenient: a drug they give you before they shove something up your rear is misused by a man who …

The obvious punchlines are too lazy for even me.

I’m suspicious of the pictures they give you in post-op. They tell you it was taken deep inside your very own colon.

I hate to sound like some cracker colo-racist, but they all look exactly alike. Like I couldn’t believe it when they showed me pictures of what they said were my colon. It looked so ordinary

“This can’t be mine,” I protested. “My colon is much more handsome. And if this colon is mine then where’s the mustache?”

I once did a story for Esquire about what it’s like to be a proctologist. I wish I still had it because the doctor had a great self-deprecating sense of humor. He said his friends all called him “the Rear Admiral.”

He had a bunch of other fart jokes like that and said he goes to work each day knowing he’s saving lives.

I wonder about the many people working in the Excela Health Center on Donohoe Road where we’d been sent. Every single person, from receptionist to doctor, was cheerful and friendly. If anyone was feeling occupational burnout, they kept it concealed.

Could it be seeing the full range of humanity so vulnerable, so exposed, makes one more appreciative of our common decency?

Could it be as simple as that? Could it be a 9-to-5 exposure to real assholes somehow bestows an understanding that deep down inside — deep up inside — there aren’t quite so many metaphorical ones.

Or maybe they’re just better at turning the other cheek. It’s a Biblical sentiment for most of us, but many of them had to pass a test on the maneuver back in med school.

And that’s as good a place as any to conclude an essay on colonoscopies.

(Just this one recommendation today. I do so to encourage you to read this one. It’s very funny.)