I'm in a forgiving mood 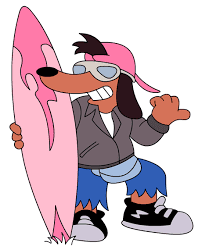 I don’t know whether it’s spring, fresh memories of holy Easter or my optimistic disposition, but I’m in a forgiving mood.

I forgive Michael Richards. Me and my sweetheart were watching him play “Cosmo Kramer” on his coffee table/coffee book tour for maybe the kajillionth time and it was as hilarious as it was the first time. He’s done so much to make me so happy so I forgive him for in 2006 calling a heckler the n-word. He’s withdrawn completely from performing and is said to still be haunted by the slip. It makes me sad that one rash moment has cast such a long, sorry shadow. Do you know he’ll be 70 in July? 70!

I forgive Kate Smith (1907-1986) for singing two tuneful ditties about “darkies” when she was a kid just trying to catch a break, as her defenders contend. And while I forgive her, I support the removal of her statue in Philly and the cessation of her taped recording at Yankee Stadium. Just because she’s a mere circumstantial racist doesn’t mean those sensitive to those meaningful issues should be taunted by the recollections.

I forgive you for pointing out how my first two acts of forgiveness involve me, a white man, exonerating two fellow white folks for offending millions of black ones.

I don’t forgive Tiger Woods. I thank him. Watching him win The Masters is something I’ll never forget. I love a great comeback. I don’t believe he needed my forgiveness for his cheating scandals. It’s none of my business and honestly there are many men who live vicariously through sex scandals like Tiger’s.

And I hope my wife is in a forgiving mood if she mistakenly believes I’m one of those sorts of scoundrels.

I forgive my darling daughter — and forgive me if the designation leads you to believe one daughter is more darling than the other — for saying I’m closed-minded. She wants me to, like the rest of this Marvel-mad nation,  go ga-ga for the “Avengers” movie. I just don’t like superhero movies. I tried sitting through my share and found them all tedious. I like stories about human beings being human. You know a movie I’m eager to watch again? “Nebraska” with Bruce Dern. I’d take that over any superhero film. So don’t bring it up again. My mind is made up. Hmmm … I guess my daughter is right. My mind is closed. Whoops!

Speaking of ga-ga, I forgive Lady Ga-Ga for wearing that stupid meat dress in 2010, and while we’re at it, I forgive Kanye West. I pay zero attention to him or his music, but I’m aware enough of him to be convinced he’s already today done something stupid that needs forgiving. So be it.

This one won’t be easy, but I forgive you, my friends, for insisting on putting your stupid political opinions on Facebook. It is utterly obnoxious. You’re losing friends every time you do it. So you’re forgiven, but cut it out! And please forgive me next time I fail to practice what I preach.

I don’t forgive O.J. Simpson nor any literary agents or publishers who so blithely promised they’d take steps to elevate my career then vanished. Now, I’m not equating a killer with professional promise breakers, but … but … Okay, I am. Killing someone’s dreams is pretty serious stuff.

I forgive David Chase for the finale of “The Sopranos,” Jim Leyland for October 14, 1992, Mick Jagger for “Primitive Cool,” “The Simpsons” for Poochie, and I forgive Pringles for getting so out-of-control with exotic flavors (Screamin’ Dill Pickle Pringles!) that it’s becoming near impossible to find Pringle-flavored Pringles.

You know who else I forgive? John Walker Lindh. Remember him? He was the “American Taliban” who in November 2001 was part of an Afghanistan prison uprising that led to the death of CIA officer Johnny “Mike” Spann, and more than 300 of the rioting enemy combatant prisoners. Lindh today is 38 and has spent nearly half his life in the Federal Corrections Institute in Terre Haute, Indiana. I’ve for the last few years believed he’d done enough time. Lo and behold, he’s being freed May 23. I feel neither elation nor fury, but hope he can use his experiences to positively influence other lost youth.

And what started light ends somber. I hope the abrupt shift hasn’t unsettled the serenity bestowed by true forgiveness, a graciousness we should all encourage.