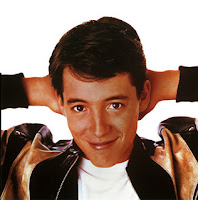 • Today is the Pittsburgh Pirates home opener. In honor of my time-honored tradition of playing hookie to attend the opener, I’m taking the day off and am just posting some scattered thoughts. Tomorrow I’ll be back with 700 or so words that take another vain stab at bloggy coherence.

• I was kind of hoping Phil Mickelson would win The Masters because, guaranteed, his lovely daughters would have run out onto the green to cheer their daddy. It’s going to be fun watching these girls grow up because if they inherit their mother Amy’s angelic looks and their father’s voluptuous breasts those girls are bound to be knock outs.

• A buddy of mine said he thinks one of the more mundane differences between heaven and hell is that in heaven there will be no frosted toasted oats in the boxes of Lucky Charms. And that in hell, all the boogers will smell really, really bad and no one will ever be able to find any Kleenex.

• I spent part of the weekend sorting a Volkswagen-sized hamper of freshly washed underwear belonging to my wife and my two daughters while the girls watched “Mamma Mia!” for perhaps the 399th time. It dawned on me that I was probably in the midst of my life's most feminine moment. The next time that duty falls to me I think I’m just going to -- damn the torpedoes -- put on Val’s pretty blue dress and see how it feels. Who knows? The experiment might lead to some interesting lifestyle changes.

• The Somali Pirates suffered a tough loss on Sunday. I hope the Pittsburgh Pirates do better today against the Houston Astros. Previous to the heroic rescue of Capt. Richard Phillips, my brother said he was hoping the Navy simply dispatched one of its big heavy lift helicopters, scooped up the lifeboat and hauled the thing straight to Gitmo. That would have been cool.

• This hookie day won’t be like days of yore which used to involve embracing about five of the seven deadly sins over 18 hours of baseball related revelry. Today I’ll be taking my daughters (no school) to spend the day with their grandmother and then racing back after the game to get Josie back for her kiddie soccer match. The only moment of danger likely to erupt will be when the girls revolt at my refusal to play the “Mamma Mia!” soundtrack for the third consecutive time.

• In light of what’s been happening off the coast of Somalia for the past year, I have to believe this is the kind of thing that will trigger some sort of Patriot Act investigation, but here goes . . .

Go Pirates!
Posted by Chris Rodell at 6:41 AM

Blog bling awaits you at my place. :)

Have a good day playing Hookie.

If you do find yourself in that whole laundry conundrum again, can we please see a photo? Seems like we could get a little something out of that situation.

Thanks, Angie! I'll be diving into that first thing tomorrow. I'm flattered by the mention.

Good catch on the "Bueller? Bueller?" Scobberlotcher! Sometimes picking out obscure pop pix to illustrate the story is half the fun. Loved Ferris!

And, yes, Debbie, I promise I'll have a camera handy the next time a girlish feeling overcomes me. And now I'm flattered twice!