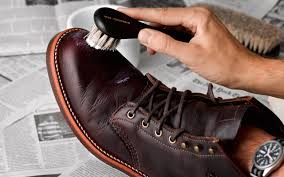 This isn’t the first time I’ve had a proprietary hand at naming stuff. Throughout my life I’ve helped or outright named three businesses, two humans and one canine. Some have prospered better than others.

We’re were wisely old-fashioned about our babies. We  waited until they were below-the-waist popped out before the real-time gender reveal. Those were two of my most intense and bewilderingly wonderful moments of our lives.

I named the youngest, primarily after alt-country troubadour Lucinda Williams and the middle name because it rhythmically fit between the other names.

She is Lucinda Grace Rodell and she today is showing a darling affinity for stringed fretted instruments.

The first baby was trickier because we were convinced baby’d be a boy.

Amazingly, I had Val convinced the perfect boy name was Buzz Sawyer (it still is).

I said Buzz to honor Buzz Aldrin, the second human to set foot on the moon and the least boring of them all. Sawyer for the Mark Twain allusions and because she at the time was into the hit show “Lost” and she had the hots for a character named Sawyer.

The core of my reasoning, however, was the kid would pick up the obvious nickname that the announcers would seize on, “… and here comes Buzz Saw Rodell ripping another hole in the beleaguered Patriot defense!”

It should come as no surprise that Val was heavily sedated when she nodded her agreement to my scheme.

Either way, we wound up with the precious baby we named Joselyn Rachel for reasons I now struggle to recall.

My first travel writig business was almost called “Postcards from Paradise,” a name meant to evoke lovely destinations, but was, in fact, a shady cover for trying to get free trips. But a savvy older friend said the name was a giveaway for the fraud.

So at the last second I changed it to “Palm Features,” a name meant to evoke lovely destinations, but was, in fact, a shady cover for … Why Palm Features? Because my hands were always up-turned and reaching out for freebies.

Worst name ever? You’re reading it. “Eight Days to Amish,” a reference to how soon my precarious income will lead to exclusively fundamentalist lifestyle options. It’s hard to remember, a joke nobody gets …

I still love it.

That brings us to our latest professional enterprise: Shoe Shine Boy!

I’m reaching out to contacts at law firms, doctors’ offices, etc, — any place prosperous men with feet gather to earn their livings.

Many of these men have nice shoes, but are too busy or indifferent to give them a proper shine. I believe on any given day these men would be willing to pay about $12 to get their dress shoes cared for.

I do think it could lead to handy pocketfuls of cash. Plus, it’s a hook I can add to the book proposal I’m putting together about men who appreciate fine footwear or as one friend put it, “male shoe whores.”

So I put together a top-of-the-head list for a bottom-of-the-leg business. Let me know what you think:

• I’m always drawn to the deep inside joke. Only maybe 1-out-of-10 would find this even mildly amusing. But I could see me using this as the introductory joke no matter what I pick …

with your good-as-new shined shoes!

• Until I started this. I’d never known any man who shined his own shoes, much less an actual shoe shine professional. But the practice conjures real homey feelings. I was buying some polish at the Walgren’s and the check-out clerk just about came apart, “Oh, that takes me back to watching my grandfather shine his shoes. Such a happy memory.” I think it all stems from the idea that everything is disposable and seeing someone care for something others discard is heartening. This one plays off that …

Out the door by breakfast,
Shining by supper or sooner!

• I prefer the tagline to the main name, but you can’t have one without the other …

Making Friends One Shine at a Time

• This one refers to my Parkinson’s with the idea word will get around the office I have the disease and customers will think, gee, let’s give the poor kid an extra buck. But it sounds too much like an ice cream shoppe …

• Another Hollywood reference. Most guys’ll get this. It would make a good T-Shirt with Joe Pesci on it …

I’m most fond of this one because it’s clever, like 8days2amish, perhaps too clever. It’s a play on the still popular 1983 Bonnie Tyler hit. Changing the spelling of the first word in the title so it would have a foot reference is just plain stupid but there’s no  one here to talk me out of it so I just did it anyway.

Toe-tal Eclipse of the Shoe

Shines so Bright They Blind

So what do you think? Like any of these? Have any shoes that need shinin’?

Well, heeere’s Johnnie!
Posted by Chris Rodell at 11:41 AM