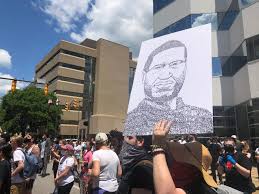 • Leonardo da Vinci said, “The  human foot is a masterpiece of engineering and a work of art.” Given the scope of his admirations it’s surprising his most famous work is Mona Lisa and not Mona Lisa’s feet.

• I remain baffled that the tasteless phrase "wouldn't kick her out of bed for eating crackers" persists. I've never encountered a gent so refined as to ask any cracker-eating female to leave his bed once she got in. In fact, if there were two willing women and one had crackers and the other did not, and he had to pick one or the other, guaranteed, most men would invite the one with the crackers to get in. Lesson: if you're a woman prone to promiscuity always, just in case, keep a sleeve of crackers handy.

• There's something so unnerving about being engaged in a life-and-death struggle against an enemy our soldiers can't confuse or infuriate with a well-timed moon.

• People strum guitars. A guitar is an inSTRUMent. Which word came first?

• In light of our reckless eagerness to end prudent safety measures, I'll as of today cease writing "Stay safe!" and will instead begin concluding my correspondence with, "... and try not to make out with anyone too suspicious!”
• Yet another work week has passed and I still don't know what avowed nudists wear for Casual Fridays.

• Have you used your quarantine time wisely? Learned a new language? Fixed up the basement? No? There's still plenty of time to change the world. How? Write a letter to someone who made a difference in your life. A teacher. An aunt. An old lover. You'll change the world.

• Think of all the food you ate over the last 24 hours. Was any of it free? Now think of all the media you consumed to feed your brain. Did you pay even a dime for any of it? Donations always welcome at http://EightDaysToAmish.com