Giving our hearts to Mick Jagger 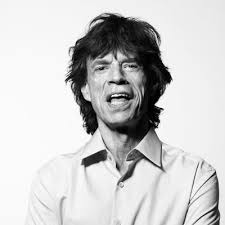 My face bore a grave expression Sunday when I summoned the 12-year-old to the kitchen table. I took both her little hands in mine and looked her straight in the eye.

What was she doing tomorrow?

“Very good. Then I want to take you to the hospital to see if you can donate one of your heart valves to save the life of Mick Jagger.”

She teeters mostly on the edge of that whole honor-thy-father-and-mother thingie, but her seething reaction leads me to believe any day now that Biblical admonition will mean as much to her as “Be kind. Rewind.”

“I WILL NOT! I DON’T EVEN LIKE THE ROLLING STONES!”

I swear, I’ve never felt more like a fatherly failure. Her visceral reaction caught me completely off guard. I was so certain she’d be honored I’d spent the entire afternoon standing before the bedroom mirror practicing introducing myself as the father of the girl whose heart part now beats in Mick Jagger’s chest.

Now, I don’t know if it’s possible — much less advisable even — for doctors to transplant a healthy heart valve of a 12-year-old female into the ailing ticker of a 75-year-old rock star. For all I know the procedure could endanger the donor, whom I love despite all her sassy tastelessness.

Or maybe I have it all wrong. Maybe they don’t use human donors. Maybe today’s replacement heart valves are constructed out of scissored cardboard or old twist off bottle tops.

But it would have been just so cool to have contributed to the endurance of the greatest rock band the world’s ever known.

I wonder if Jagger is having to haggle with his health care provider over things like deductibles and if he gets to see his primary care physician.

It’s no exaggeration to say I’ve probably thought about Mick and the Stones at least once almost every single day of my life for most of the past five decades.

I can’t remember a time when they weren’t an essential part of my life.

Music has always been very important to me. And because I’ve worked almost my entire adult life in a small room all by myself I’ve chosen to play loud (mostly) rock music to soundtrack my long, lonely days.

And on the days when that didn’t involve Rolling Stones music, it always included The Stones as an option. I’d read the books, study the documentaries and concert films, and race to share the news of band turmoil and reconciliations with my like-minded friends.

The Stones are as much a part of me as your heart valves are of you.

In hindsight, the wisdom of these decisions is open to question. After all, few are the criteria by which I can be considered a success.

Who knows? I might have a raft of best sellers under my belt had I decided years ago that cerebral rigor might be best achieved by writing in tomb-like silence or to New Agey whale sounds.

But my days would be so much dimmer without so much Stones.

It’s an interesting time for the band. I anticipate any day now the combined age of the four key bandmates (301) will finally surpass their combined weight.

They last went into the studio in 2016 to record an album of classic blues covers. “Lonesome and Blue” is outstanding, but leaves me hungering for another overdue album of originals, something they haven’t produced since the truly stellar “A Bigger Bang” in 2005.

But as the Jagger news portends, we’re coming to the end of maybe the most vibrant story in the history of music.

The Stones won’t live forever. They are mortal.

Well, not Keith, but that goes without saying.

We’ve never seen a performer like Jagger and there will never be another. I feel blessed to have shared the planet with him at a time when mass media gave us access to all his indelible talents.

Given these soulful adorations, you might wonder why I’m not the one offering my valves to extend the earthly duration of Sir Mick.

For as long as I can remember, The Stones have always had my whole heart.

Related (Does anyone ever read these?) …