A reckoning for the inventor of styrofoam 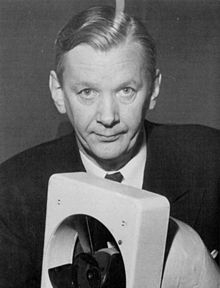 Carl Georg Munters, the father of styrofoam, died on this day in 1989. News reports made no mention if his coffin was packed with form-fitting styrofoam to insulate his body on its journey to Hell.

The late Swede’s non-recyclable invention is the source of much environmental angst.

So is plastic, of course. But plastic — at least for now — gives responsible consumers the option to recycle. So all should be hunky-dory, right?

That must mean responsible consumers are becoming like all the endangered species being killed off by all the irresponsible ones. There aren’t enough of us left to make much of a difference.

It puts me, a determined optimist, in an awkward position.

The pessimist says the oceans are choked with plastic. I say soon we’ll all be able to drive to Europe! Truly, Jesus walked on water and became the Savior. What will it mean when we’re all able to walk on water?

The pessimist says we’re on trajectory to cover the entire planet in styrofoam up to 20-feet deep. I say when that happens plane crash fatalities will drop to zero!

Did you know styrofoam is 98 percent air? That’s fascinating.

So if you’re ever in the middle of the ocean and find yourself beginning to drown, just reach out for a nearby chunk of styrofoam and begin to eat it.

Of course, I’m being facetious. Thanks to so much plastic it’ll soon be impossible to drown in the ocean.

I was prepared to have my intellect tickled when I Googled “styrofoam facts” and up on top popped “Styrofoam fun facts.”

I expected to read little bullet-point delights like: “Did you know if you soak discarded styrofoam chunks in water long enough they’ll turn into tiny dolphins?”

That to me would be a fun fact.

If those are fun facts then the Old Testament descriptions of things like plague, pestilence and human sacrifice are the “feel good” parts of the Bible.

And remember: styrofoam is 98 percent air.

Imagine how horrific it’ll be if styrofoam is ever made out of … styrofoam!

The abundance of styrofoam is one of the reasons I’m convinced if Planet Earth were our first apartment we could kiss that security deposit goodbye — and anymore when it comes to kissing anything involving the planet I’d recommend one of those aristocratic air kisses that don’t come within a foot of the face.

Set aside that styrofoam can kill us — kill us! — the really big problem is its ubiquity. It’s everywhere and it takes 500 years to decompose.

That means the styrofoam cup you threw away after this morning’s coffee will remain in the environment through the year 2519 or about when Larry King concludes it may be time to start thinking about retirement.

One source estimates we make and waste 12 million tons of styrofoam each year.

Can you imagine the size of 12 million tons of something that weighs so little? It would be like the size of a Saturn.

Not Saturn the vehicle.

Maybe I was unduly harsh on Carl Munters. He was after all a brilliant man with more than 1,000 patents to his name. He’s best known for a refrigerator design that so revolutionized cooling efficiency that Albert Einstein declared it “astonishing.”

Try and fathom doing anything that would make Einstein say, “Wow! Never thought of that.”

We need a new Munters — not to be confused with  a new “Munsters” (I adore Herman Munster) — who’ll fix all that’s been wrought by styrofoam.

Maybe we could tweak the composition so styrofoam is even lighter, lighter than even air. That way you could drink your coffee, let go of the cup and it could slowly rise into outer space.

Remember: Be sure to let go of the cup!

Or in tribute to the inventor, we could fill every coffin with styrofoam packing peanuts. That would rid the surface planet of styrofoam while simultaneously acting as a stabilizing agent in the event of earthquakes.

But, clearly, we must do something.

Because I don’t really think Munters is going to Hell.

My fear is Hell is coming to us.