November Tweets of the Month (in the nick of time) 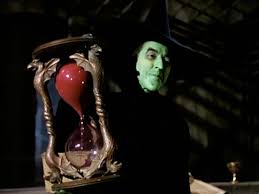 No preamble. No intro. No distractions. It’s Friday afternoon. The weekend is nigh. And I’m left to wonder how productive I’d out of necessity be if every moment of every working day were 10 minutes ’til the Happy Hour …

• The ones who profess to know all the answers are usually the same ones who never bother to ask any of the questions.

• Because fickle publishing industry insists it is looking for timeless books, my next novel is going to be about a broken clock.

• Thousand Oaks Strong. Pittsburgh Strong. Parkland Strong. Vegas Strong. How come with all this muscular strength all across the nation I'm always left feeling so weak?

• On most days, happiness and sadness are not emotions. They're decisions. Now, being an asshole, that's different. It's a pre-existing condition.

• I admire vegans, but the chances of me giving up meat are about the same as me resuming my virginity.

• Would you find the Bible more or less compelling if back in Biblical times rudimentary selfie technology had existed? Imagine some of Noah's selfies.

• Your life will be appreciably more balanced & sane if you wake up each day realizing your job isn't nearly as important as you think it is.

• Experts say the world needs to prepare for a cashless society. If that's the case, I'm way ahead of the world. I haven't had any cash since I decided to become a writer.

• Perhaps I'm being too literal, but I have to think the nation of Togo must have really great take-out food.

• Didn’t really bother me when daughter said I was a "bad word." What did was the realization that I consider her a fine judge of character.

• With 55-inch large-screen TVs being among the most popular, I'm amazed how there are so many people who when it comes to current events still fail to see the big picture.

• Spent the last five nights in the woods dining on grubs, avoiding detection. Seven days before Thanksgiving and I'm already at DEFCON 4. Why the special ops training? Almost time for my annual War on Christmas! #HappyHolidays, my friends!

• I know next to nothing about sailing, but I know enough about basic zoology to surmise that on Noah's Arc every deck was a poop deck.

• Even serenely disposed Siamese twins find it impossible to be anything but beside themselves all the time.

• I wonder if cavemen and cavewomen woke up each morning and asked each other how they slept or if they had other priorities.

• I wonder if the chariots from ancient Roman times had drink holders. Or maybe the'd yet to invent the sized lid/straw combo ...

• On this day in 1969, Fantasy Records released the Creedence Clearwater Revival song "Proud Mary." She's been rollin' on the river ever since. This leads me to believe not only was Mary proud, she was also quite buoyant.

• I’d like to have been a fly on the wall to hear what His high school guidance counselor said when the teenage Jesus told him God said He was going to be the Savior.

• The difference between being grounded and being buried is sometimes grave.

• In sublime case of perfect timing the morning after an old buddy spent the night, the new Shaughnessy Bishop-Stall book "Hungover: The Morning After & One Man's Search for the Cure," arrives. I'll post more later. Not today. Today I'm hungover.

November Tweets of the Month ’13