What I, duh, think about when men start talking about cars ... 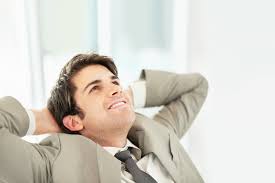 I’ve discovered a delightful coping mechanism when I find myself inescapably stuck in the middle of a conversation that bores me to tears.

Yes, when the boys start talking about cars, I start thinking about sex.

Bawdy sex, sweet sex, fast sex, slow sex. I think about sex in the bedroom, sex on the beach, sex in the hot tub, sex in the back seat and sex behind the “Occupied” sign of a Southwest 747 skyliner cruising at 33,000 feet.

I think about the embellished greatest hits from my now 26-year relationship — 22-years matrimony/4 years soulful shack-up — to the woman I’m blessed to call my wife.

One brazen hussy tried to crash the party, but Daydream Me told her to stop wearing so much whore make-up and begin attending a good neighborhood church until some promising young man agreed to take her on proper chaperoned dates for single scoop ice cream.

This all came to me one night at the Tin Lizzy when two friends did what many otherwise entertaining men will do. They began talking about cars.

Many men revel in that conversation. They talk about models, styles, horsepower and what goes on under the hood. They were very engaged.

Maybe if I had money for a fancy jalopy things would be different. I do not. In my entire “adult” life — and I use figurative air quotes around “adult” for reasons that ought to now be glaringly obvious — I’ve owned five vehicles and three of them have been Saturns.

My current ride is a Saturn Vue with 203,998 miles on it. Car guys disdain something so utilitarian.

And, fear not this sudden burst of car talk, we’ll soon resume talking about sex. Promise!

So I have a choice: I can try and make lame contributions to the conversation or fight my nature and just keep my mouth shut. I asked myself a question: what would I rather be doing right then than sitting there listening to these guys talk cars? The answer was obvious.

Studies show that’s the go-to answer for most any guy of any age. I read one, well, duh, news story that said the average man thinks about sex about once every five minutes.

I conducted a half-assed self test and here’s what I came up with over 30 seconds: “sex, sex, sex, pizza, Pirates, sex, sex, golf, sex, Three Stooges, sex.”

I hastily concluded the experiment because I didn’t like the thought trend that sandwiched The Stooges between sex thoughts.

And so while my friends were talking about, yawn, cars, I sat there and quietly reveled in thoughts of sex with a sly smile on my face. They must have thought I was a great listener who really enjoyed an in-depth discussion of the engine and chassis of the ’71 Mustang.

It worked so well with car talk I extended the diversion to when some friends brought up national politics. I told them about my experiment and said, “So, if you see me smiling and nodding my head, know it’s because I’m recollecting a kind of position that has nothing to do with yours.”

I think it creeped them out because they immediately switched the topic to the baseball standings.

I advise you to try it yourself. And announcing it in advance seems to act as a sort of prophylactic, one that ironically in this situation has nothing to do with birth control.

So, my car fan friends, continue talking all you want about what happens under the hood.

I’m perfectly content thinking about all that happens in the back seat.