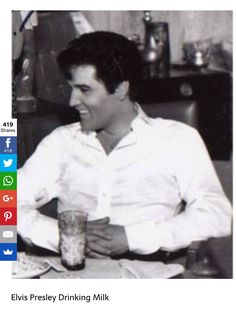 Our oldest daughter is on a quest to find the most insightful quote to illustrate her character in her HS year book. She asked me for advice because she understands the old man is full of quotes.

At least that’s what I think she thinks the old man is full of.

But I surprised her when I told her to buzz off. I knew she’d instinctively ridicule any of my suggestions and then I’d be back to hiding in the closet until my weeping ceased.

I did offer this jiffy advice: I said, “Choose silly over substance because no matter what you pick in 10 years you’ll be embarrassed by the selection and it’s better to appear playful rather than pompous.”

I wrote that one down because I figure in 10 years it’ll be a handy answer if she asks, “Dad, what do you think? Should I marry Jeff or Burt?”

Picking out a character-defining quote is tricky business. You need something obscure, but something that’s withstood the test of time. Sure, there’s tuneful nobility in “Give Peace a Chance,” but it’s like quoting Twilight Sparkle from “My Little Pony.”

I say all this while admitting I whiffed on mine. Vain without reason even in high school, I opted for the self-quote. I don’t remember the exact wording but it was something like, hey, gang, let’s always be friends — and remember to keep guzzling beer!

Sadly, what was intended to be jocular became prophesy. I never stopped guzzling beer.

Of course, my life path was set months earlier in ways more definitive than some sudsy salute to juvenile delinquency.

I’d been accepted at Ohio University!

What quote would I use today?

I’m sure lots of students will use this dandy from Martin Luther King Jr, and I applaud them: “The arc of the moral universe is long, but it bends toward justice.”

Many of my favorite quotes relate to the life importance of perseverance. It was Franklin Delano Roosevelt who said, “When you reach the end of your rope, tie a knot in it and hang on.”

Those quotes fail to float your boat? How about these?

• ”Be so at peace with the world the only thing left to get off your chest are your nipples.”

• “The pessimist bemoans all the traitors who’ve thrown him under the bus. The optimist thinks one day he’ll make a really swell bus mechanic.”

• “Try to do at least one thing each week that will blow your hair back and allow you to scream, “Wheeeeeeee!!!”

• “Make taking the high road such a habit confused strangers along the way ask you for directions.”

Any of those sound familiar? That’s right, the first six are mine and are included in “Use All The Crayons!” That they’re not already in widespread use is an indictment of our educational system.

The milk quote is from that sexy titan of clean living, Elvis Presley. I don’t know if he really meant it — I’ve seen no milk/sexy studies — or if Col. Parker had secured The King a stake in some dairy farm, butI love Elvis and I love that quote.

But it’s not my favorite. The winner is …

“There is no duty we so much underrate as the duty of being happy.”

It’s a quote of Robert Louis Stevenson, author of “Treasure Island,” and “Dr. Jekyll and Mr. Hyde.” I’d urge every senior to consider submitting it for their year book profile.

It’s perfect. How different the world would be if each of us spent even part of each day making happiness a priority. Ponder that as you go about your daily “duties.”

Me, I have things to do.

I all of a sudden have a hankerin’ to go guzzle some milk.