Stinkbug in my ear, Wordle on my mind 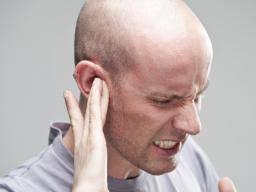 My first profanity of the day came roaring out of my mouth at about 5:30 a.m.

It was deep in there. Like a half-inch from the brain. It was in where you’d expect a common sense stinkbug would go if there was a downpour in my bedroom and it needed to seek shelter in a cozy, waxy place away from the elements.

What it was doing there, I have no idea. Did it lose a bet?

Maybe a stinkbug prankster told it that a stinkbug kid had fallen in there the way human kids fall into prairie wells, and that there was an opportunity to be a stinkbug hero.

Maybe it was an explorer like Sir Ernest Shackleton who a century ago felt compelled to go to barren, desolate regions in search of intelligent life. He wound up disappointed.

As regular readers know, the stinkbug has no greater friend than I. My wife sees a stinkbug and, guaranteed, within 30 seconds you’ll hear the sound of a toilet flushing, signaling a stinkbug has gone to meet its maker.

I’m more compassionate. I imagine having “stink” as your first name can be difficult.

Hell, I’ve always been uncomfortable lugging around a unisex name that rhymes with “sissy,” so I empathize. My custom with any insect that can’t sting me is to incarcerate, reason with it, then liberate. I set it outside and warn it not to re—enter lest the missus sees it and gives the Tidy Bowl salute.

But when it’s in your ear, you take no prisoners. I jammed my left index finger to about the second knuckle, destroying the tank-like intruder and, I think, leaving tiny stinkbug debris in my now-itchy ear. I’ll soon be doing a rinse.

So the first profanity was unusual and understandable. Stick a stinkbug in John Boy’s left ear and Walton’s Mountain will be reverberating with the F-bomb.

If just the name leads you to believe Wordlers are some nerdy word cult, you are correct.

So if the word is SAUCE and your first guess is TEACH, the C will be green and the A and the E will be yellow.

Our one daughter usually makes her first guess ADIEU. It’s a savvy move because it gets four of the five essential vowels dispensed with right off the bat.

I take a more prosaic approach. My first word is always something either aspirational or inspirational. I do this, not for reasons of sound strategy, but because I never let a teachable moment pass unmolested.

So when we powwow later on, I smugly inform them that my kick-off word was SMART or THINK or BRAVE.

My problem is my incompetence keeps getting in the way of my role modeling.

I usually finish mine an hour or so before the girls are up and if I do well, I become impatient to brag.

Happened again today. I mistook one text chain for another and revealed the wordle before they could attempt. As there is only one per day, they were very angry.

IDIOT … DUNCE … MORON … and in this case, the judges will allow, JERKK.

I guess at least this morning I have an excuse.

I AWOKE TODAY with STINK on my BRAIN.