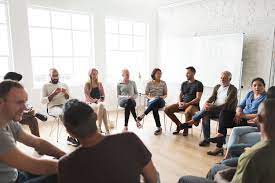 I know of two very dear friends who are going through serious alcohol addiction problems and all I can think to say to them is “Cheers!”

I’m not joking and I fear for my friends. They’ve lost families, jobs and, I guess, hope.

It seems with alcoholics the only thing that never departs is their thirst.

I’m utterly ill-equipped on what to say to friends who were HOF drinking buddies and have gone on to become problem drinkers.

A lecture from me is probably about 40 years too late. Had I been prescient back then, I would have maybe said, “Fellas, here it is 1981 and here we are, freshman at Ohio University. We are surrounded by parties in the dorms, the frat houses and in bar-after-bar on fabled Court Street.

“Now, we can accept any of the numerous offers to go and drink to excess, but that will hurt our grades and lead to bad habits that will catch up to us in, oh, the year 2021.

“Because I strive to be prescient — or at least how to use ‘prescient’ properly in a sentence — I suggest we stay here at Alden Library studying ECON 101 and learning about Adam Smith and the Invisible Hand.”

Had I said that, I’m sure one or two of them would have shown me their Visible Fingers.

Instead, we went to the bars.

And we never left. The fun I had in college was one of my life’s most indelible experiences.

Of course, it’s only Tuesday so who knows what the week has in store!

It’s fair to wonder if I’d be more successful — or forget the more, just successful — if I’d been more moderate in my consumption.

I don’t think so. It’s not like I work in an air traffic control tower or am the guy they summon when delivering the triplets gets tricky.

The problem is it seems they aren’t the right words. None of my books have been mainstream hits.

That’s not a drinkin’ problem.

I was telling all this to another very good friend of mine. He’s a celebrity in his field which is helpful because his field is a field. The man’s a farmer.

He told me the story of how in his 30s he realized he was drinking way too much and decided he needed AA or else he’d lose his family, his business and the promise his future held and eventually fulfilled.

He’d been 13 years sober when he was asked to deliver his product to a famous chef. The chef was busy when he arrived but arranged for him to enjoy a glass of champagne from a $500 bottle of fancy French hootch. The maitre’d offered five times and my friend five times said no.

He had a different answer on the sixth offer. He said, “What can it hurt?”

Happily, there was no party-boy “Animal House” regression, a surprising result, perhaps, from a gentleman whose farm houses animals.

He and his wife are today very convivial company and our treasured friends. He had a problem drinking. I’m happy he solved his problem and resumed his drinking.

Val and I are currently immersed in the Hulu show “Dopesick,” starring Michael Keaton about the opioid crisis.

It’s riveting. Dreadful. With two episodes remaining, we’re fairly certain there will be no silver linings. The addicts lived and died and there was nothing anyone could say or do to quell their cravings.

Is that where my friends are? How come some of us become alcoholics while others do not?

Again, I don’t know what I could say in that situation.

All I can do is hope they get the help they need and let them know I love them — drunk or sober — for all they’ve meant to me. And that one day they’ll announce a cure for the things we demonize and have the potential to become, to some, truly demonic.

I’ll drink to that.