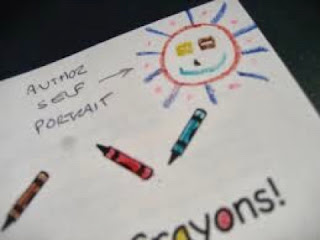 • The Christmas season inspires so many questions: Was the virgin birth real? Is Jesus the true son of God? Will there ever be peace on Earth? I have a question: How did Charlie Brown ever get that sweater over his huge bulbous head?

• I can't wait for this election to be over. I mean, how much longer do I have to wait 'til I resume my War on Christmas!

• It wasn't until 2001 that all Pennsylvania bars were allowed to serve alcohol on Election Day. Can you imagine having to go through a day like this sober? Such wanton cruelty.

• Entomologists say there are 17 million flies for every person on Earth. If true, then my manly arrogance over having just slain 3 of them in my office is wholly unjustified. And the thought that I'm still subject to 16,999,997 flies leaves me, well, bug-eyed.

• Sourpusses on US Supreme Court said to be leaning against scrapping Obamacare. Speculation leads me to believe they never learned about the provision that requires docs mimic Billy Joel when they tell patients they’ve had a heart attack-ack-ack-ack-ack.

• I can't believe I let this anniversary pass without notice. It was just over a year ago my "Eight Days To Amish" blog was named 32nd best blog for Amish readers by an august panel of experts who evidently never even glanced at my blog ...

• Because of the potential for global religious upheaval, I've been reluctant to reveal this, but if you look closely enough at The Last Supper painting you can see that while Jesus is revealing his betrayal, the apostle John is checking his phone. Maybe he was calculating the tip.

• Fundamentalists declare America's downfall became a foregone conclusion in 1963 when courts allowed the removal of prayer from schools. I contend it happened when Pringles began making White Chocolate/Peppermint-flavored Pringles.

• I figure I'm about 18 months and two advances in remote control technology before I become utterly incapable of being able to power up the TV and find channel 2 before I burst into tears and beg my sneering daughters for assistance.

• This stubborn — and dangerous — GOP refusal to accept election results has surprised many partisans. Not me. Why would so many people who don’t believe in simple science feel any less suspicious about basic math?

• I’m such a literalist I get furious when I'm buying beer and am confronted with the fact that a case of so-called "lite" beer weighs just as much as a case of regular beer.

• Prediction: The only time we'll see Joe Biden resort to all caps tweets is when he wishes a grandchild HAPPY BIRTHDAY!!!

• Dinner table conversation starter: "Would you take vax if, while proven 100 percent effective in preventing/curing Covid, it also within 2 months rendered you completely and permanently hairless?”

• If mirrors had souls, you can rest assured they'd be reflective.

• I wonder if they teach asspiring proctological students to be rude and insulting. I mean, ripping folks a new one is an easy, hands-off way to double your business.

• Realizing a crucial part of my morning routine is a mess of inefficiency. Takes me FOREVER to get dressed. I think the problem is my superstition that it's bad luck if I don't put my socks on last. This is especially troublesome on the days I wear shoes.