My sweet black angel: return of an old girlfriend 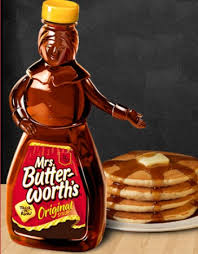 The girls feared it was something serious when I asked them to pause the TV and give me their full attention.

Val was away for the weekend and I’d succumbed to an ancient temptation that would require their immoral complicity.

“A man gets mighty lonely when his wife just up and leaves him (she’d been gone a total of three hours),” I said. “See, I’m just a man and a man has needs. So l when your mother said she was going away this weekend, I did something I knew was wrong. I got in touch with an old girlfriend.

“And she’s right now in the kitchen.”

The big drawback of never being serious is no one ever takes you seriously.

The last time I’d taken the drastic step of asking them to pause the TV was when I told them I’d been diagnosed with Parkinson’s Disease, the incurable malady that leaves the stricken with uncontrollable shaking. I’d showed them what it might look like. They thought it was hilarious.

So they thought I was pulling their leg.

I’d met old girlfriends in bars before, but Mrs. B. is the only one I’ve met that comes with an actual bar code.

Twenty-four ounces of thick ’n’ rich original syrup, she somehow became a divisive presence in our marriage. I  don’t know why. It’s not like I ever took her to bed with me, wisely avoiding a truly sticky situation.

I think the problem was my wife knows I have a childlike affinity for zoomorphic packaging.

She knows if there’s regular jar of honey that costs $4.59 and it’s right next to one holding the exact same amount of honey for $6.25, I’ll  spring for the more expensive honey if it comes in a bear-shaped bottle.

What bottom-line people like her fail to realize is I’m not just purchasing honey.

Because a bear-shaped bottle of honey represents a whole world of whimsy.

I can role play. I can tickle it, rub its belly, pretend its lid is a hat. I can imagine ruthless Far Eastern hunters are out to slay it to confiscate its precious gall bladder which they believe contains powerful aphrodisiacs to empower their erections with lusty concubines.

Or I could pretend I’m the poacher eager to consume the ursine love potion and drain all the honey in one sloppy gulp.

I rarely presume the latter, aware as I am that I become less and less attractive to my wife the longer she sees me playing make-believe with near-empty jars of bear-shaped honey.

She, I’m sure, remembers how I used to entertain the girls by picking her up in my arms, dancing her around the kitchen and telling her she’s the sweetest girl in the whole wide world (she is, too).

Of course, there are inherent flaws to my proposal because when I’m done with Mrs. Butterworth, I’ll unscrew her little yellow “hat,” fill her up with warm water, give her a vigorous shaking and toss her into the recycling bin until the next Mrs. B. comes along.

The whole scenario speaks poorly of me, but what can I say?

For someone so adamant about recycling, I’m just a trashy guy at heart.