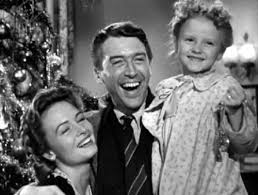 • I know many of you start each day with a cup of hot coffee. Since, oh, mid-April I’ve been starting each day by watching Ray Davies and the Jayhawks perform “Americana,” the title cut from Ray’s magnificent new album. I find it soothingly elevating.

• If it wasn’t pledge week, I’d today be writing about how I told my mother (84, dementia) a dear old cousin of hers had gotten eaten by a bear. In fact, he died of a common heart attack, but I thought I’d use his death to see if she’d remember a really colorful demise. As she does not, I keep adding details. It’s now a very rich and gothic death, one which I think cousin Chuck would prefer. He was a fun and outdoorsy guy who was fond of wearing ’70’s style leisure suits. I’m enjoying telling the fiction because it proves, to hungry bears at least, you don’t have to exude good taste to taste good.

• In my mind, I was hoping my plea for donations would be greeted the way Bedford Falls greeted Mary Bailey’s “It’s A Wonderful Life” summons that her husband George was broke and needed dough fast. That hasn’t happened yet, but I’ll be sure to post something cheerful the instant it does.

• Spent the weekend with the family being tourists in D.C. It was wonderful. We spent Friday evening doing the Western monuments (Lincoln, Vietnam, Korean, MLK, FDR, Jefferson), Saturday the centrals (Washington monument, Holocaust Museum,  WWII, American History) and Sunday the eastern sites (Capitol, Supreme Court, Air & Space, Natural History, Hall of Archives and later the National Zoo). We’re so divided over so much, but that every American can enjoy each of these historical splendors for free is a national blessing.

• If it wasn’t pledge week, I’d have written about Uber. My old Nashville buddy Jim pointed out an NYTimes story about how the once-promising partnership between Uber & Pittsburgh soured. We used Uber a bunch in DC. Being aware what a criminal jerk Uber CEO Travis Kalanick is, it pained me to use them so much. Uber drivers work for next to nothing, get no respect, and have to hustle to make ends meet. So Uber drivers are like the bloggers of the transportation world! And, yes, we always tipped them (nudge, nudge).

• I realized I became eligible for an Order of Irony Medal when we were standing in front of a monument honoring victims and survivors of the Bataan Death March and all I could think about was how sore my feet felt.

• A friend of mine turned 40 this week and was lamenting how he now felt over the hill, done, used up. Overlooking the fact he was making this gloomy assessment to a 54-year-old listener, I told him he was fine. “Plus,” I said, “even if you are over the hill, it helps to remember going downhill fast is always the most exhilarating part of the ride.” I’m going to try and keep that in mind as my declines accelerate.

• I’m very proud of this blog and the number of people who enjoy it so much, but if circumstances don’t improve, changes will be made. I’m paraphrasing here with something I heard on an actual PBS pledge drive.

• The literalist in me was furious to visit Smithsonian Air & Space Museum and see it has both walls and ceilings.

• I am putting together a sequel to “Use All The Crayons!” How about this? Anyone who donates to support the blog will get a grateful mention in the new book’s acknowledgments. And a free signed copy!

• I guarantee some of the jurors being selected in Pittsburgh for what is likely to be a long trial once said, “Oh, I just love Bill Cosby! I wish I could spend some time getting to know him even better.”

• If it wasn’t pledge week, I’d be writing about our visit to the magnificent Lincoln Monument and one of my favorite recollections of offbeat Presidential history. It was May 9, 1970, five days after the Kent State shootings. It was there under the shadow of Lincoln that then-President Richard Nixon surprised college protesters by appearing in person at 4 a.m. just to philosophize. It was utterly bizarre. The students asked Nixon questions about U.S. incursions into Cambodia, about the death of innocents and the morality of war. Yeah, in the back of my mind, I game planned what I’d ask President Trump if he on the spur of the moment decided to wade out among the tourists. Was I going to ask about prejudice? Equality? The sustainability of human life on a depleted planet? Nope, nope and nope. I was going to ask him if he’d likes to donate to support Eight Days To Amish. I’m optimistic he’d have written me a check on the spot.

• No amount too small … or too large! Every gesture appreciated.