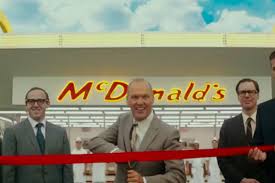 I look forward to seeing 5-star movies the way kids look forward to Christmas. Seated there in the dark next to my wife — no phones, no Facebook, no Trump tweets — it feels like parental hookie.

So I’m genuinely pissed when a well-reviewed movie wastes my time.

That’s what happened with “Arrival.” It scored 93 out of 100 percent on Rotten Tomatoes.

Neither Val nor I knew what to expect other than it was a global alien invasion and that the for-now ubiquitous Amy Adams would star, thus rounding out a solid career that proves she has the chops to act opposite Clinton Eastwood, Miss Piggy and now aliens who resemble giant jellyfish raised in polluted waters.

I love movies about alien monsters. My favorites include “War of the Worlds,” “Alien” and “Independence Day.”

But we both hated “Arrival.” It was just — spoiler alert! — boring. The aliens had no lethal bent. They didn’t attempt to enslave us. They didn’t crave the taste of human flesh. They didn’t shoot Amy Adams with any ray guns that made her clothes disappear.

How the hell does a lame-o script like that get green lit?

I think the critics were fearful an honest review would lead to hurtful criticism from fellow snobs so they chose to gush in order to maintain their feelings of superiority over those of us who enjoy and understand movies like “Tremors” and “Tremors 2” through “Tremors 5.”

So now I’m left to pine for January 20 and the next potentially great movie about a carnivorous monster with an insatiable appetite to conquer the planet.

Yes, the man who made McDonald’s into one of the most dominant forces in the world is the subject of a major motion picture starring Pittsburgher Michael Keaton.

The movie is called “The Founder.”

I’m already nervous it might stink because the two-word title contains a glaring flaw: Ray Kroc did not found McDonalds.

I’m talking about Mac and Dick McDonald. They came up with the formula — cheap and fast — that transformed America.

In 1940 the brothers in San Bernadino, California, opened what would become the first McDonald’s. It was incredibly successful and the brothers reveled in their good fortune.

Then in 1954 they made a pivotal mistake: They invited Kroc to visit.

His is a fascinating story. He’d been an ambitious striver all his life when at the age of 52 he made a sales call on McDonald’s.

He was selling milkshake mixers.

The rest is history, albeit mostly untold history.

I became fascinated by the Kroc life story through an unusual source: Mark Knopfler.

He’s the founder of the colossal band, Dire Straits. I love them.

But Knopfler has more or less under-the-radar done even greater work as the solo artist he became when he truly disbanded The Straits in 1991.

It’s all about Kroc.

Or my name is not Kroc, that’s Kroc with a K
Like crocodile, but not spelled that way
It’s dog eat dog, rat eat rat
Kroc-style
Boom, like that

Sometimes you gotta be an SOB if you want to make a dream reality
Competition? Send ‘em south.
If they’re gonna drown shove a hose in their mouth
Do not pass go
Go straight to hell
I smell that meat hook smell!

I remember playing it for a buddy who was dumbfounded that anyone would portray Ray Kroc as one of history’s greatest monsters.

Where, he wanted to know, did Knopfler come up with such a perfidious story?

So maybe come January 20, America will learn about the ruthless business tactics it took for one man to succeed on a preposterous level.

And won’t that be another valuable lesson for America’s future businessmen and women!

Coincidentally, this is all happening as western Pennsylvania mourns the death of 98-year-old Jim Delligatti, a Pittsburgh franchisee who in 1968 concocted the Big Mac sandwich. His creation became a landmark in company history and led to billions in sales over the years.

How was Delligatti rewarded?

Kroc gave him a plaque to hang in one of his stores.

When Kroc died in 1984, McDonald’s worth was estimated at $8 billion.

What’s it all mean?

I cannot say, but for some reason I’m all of a sudden craving a Big Mac.