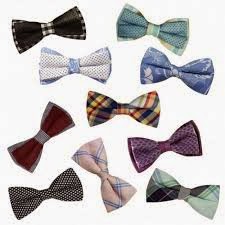 Devout Christians are serene in their conviction that one day Jesus Christ will fulfill the prophesies and return to save the faithful.

Believers around the world will fall in line.

But will fewer follow Him if he shows up wearing a bow tie?

I was thinking about this in church yesterday when I was sitting in the pew wondering how scandalous it’d be if I showed up for worship next week in my ratty old bathrobe.

Church was warm and I was uncomfortable in my dress duds, meager as they were.

Rolling out of bed and going to church in my robe would have been a relaxing alternative.

Jesus wore a multi-purpose robe everywhere throughout his life, even in temple. All the depictions I’ve seen make it seem like everyone shopped at the same store and all they sold were off-white, one-size-fits-all robes.

Fashion Week in Jerusalem must have been a real snooze.

Even my faded gray robe with pattern print would have stood out. In fact, it’s my father’s robe. I don’t even know why I have it.

It’s not like some family heirloom he willed to me. I don’t recall him wearing it for any ceremonies or at night when he was deep in thought — if it were at all possible to engage in deep thought while sipping domestic beer and hearing Pittsburgh Penguins announcer Mike Lange scream, “He shoots and scores!”

It was just a transitional garment he wore before shutting off the tube and hitting the sack.

I dream of one day stealing one of those swanky robes I wear anytime I’m lucky enough to land a room in some really fancy hotel. I’d chuck my old man’s dingy old robe in a heartbeat. I’m not sentimental at all.

When I think of Jesus returning, I think of the Jesus I’ve seen pictured throughout history, but that’s far too obvious. Returning in a flowing white robe would lead skeptics to believe He was just another poser trying to convince everyone He was Jesus.

And, boy, will I feel stupid if Jesus returns and declares he is a Republican because He thinks Hillary’s evil and He doesn’t like her stand on immigration.

The entertaining part of that would be hearing Mike Huckabee sputter reasons why he believes he should should be the frontrunner among evangelicals.

So I don’t think Jesus’d wearing a typical business suit like he was going to explain His positions on “Meet The Press.”

I wondered about the bow tie option.

It’s a case of putting the sartorial cart before the horse’s ass.

Example: Winston Churchill can pull off the bow tie; Moe Szyslak can not.

It’s maybe the only mindset I share with renown fashion author John Molloy who in the 1980s opined, “Wear a bow tie and nobody will ever take you seriously again.”

Pee Wee Herman must have read that and mistook it for career advice.

I’m more attuned to professional appearance these days because I’m on stage more. I want to make a good impression and it’d be too cliche for a guy who’s talking about colorful living to wear loud colors.

It’s probably a case of me taking myself too seriously.

Maybe I’m wrong. Maybe it’d help if I did have schtick.

Maybe I could be a bow tie guy. Maybe it’d make me at least appear dashing and stylish.

Unlike Jesus, I’m not out to save a multitude of souls.

I’m just trying to save my own ass.

Merry JesusChristmas to you all!

Bigger than Jesus & “The Law of Rodell’s Facebook Conundrum”

It does to me!